While investing in a company, investors come across risk factors that are diversifiable. It is specific to a particular company, country, economy, market, and industry and is termed as unsystematic risk.

It is caused by controllable factors and has a direct impact on a specific company. The unsystematic risk can be partially controlled with the help of management solutions like diversification and allocation of the assets.

When the micro-economic factors start affecting a company and results in fluctuations in terms of returns, it is known as unsystematic risk. It is often described as the apparent uncertainty in an industry or company investment.

It might include a new entrant in the marketplace that is giving you some serious competition and has the ability to take away a large chunk of market share from you or a regulatory change that can result in low sales figures or recall of a particular product line or a shift in management.

Bad entrepreneurship and error in judgment can result in severe losses for a company. It is called unsystematic risk because only a few amongst the majority will be making the same type of mistake at that particular time period.

The presence of unsystematic risk is present in every type of industry; it is up to the specific company to try and implement methods that can reduce it to low levels. 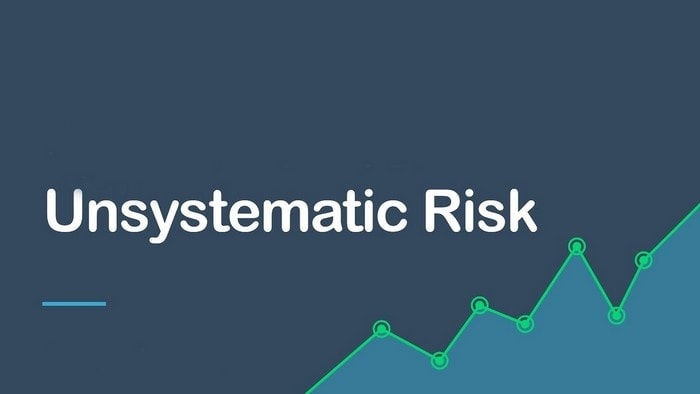 Unsystematic risk can be divided into two types-

It is an unsystematic risk that is caused by external as well as internal issues within a company. The legal, political, social, and economic factors that expose a company to failure and lower profit are a business risk.

Regulations, economic environment, monetary policies by governments, political policies, consumer preference, competition, input costs, overall economy, and other factors can threaten the ability of a business to meet its financial goals or set targets, and one important way to shelter itself from such risks is by implementing risk management strategy.

Every business has to deal with its internal and external risk factors by itself as they are company-specific and not industry related.

This type of risk is applied to individual, business, and government entities and relates to the fact that there is a chance that stakeholders can lose their money. It actually relates to the capital structure of an organization. The manner in which a company raises required funds for its growth has a direct impact on future earnings and stability of a business entity.

Remember a weak capital can prove detrimental for a company and can result in irregular revenues. Operational risk, liquidity risk, country risk, currency risk, and credit risk come under the heading of financial risk.

Operational risk can happen from negligent or unforeseen events like an error in the production process or a security breach.

Strategic risk occurs when the company is selling its products and services in a dying and unfruitful industry or when it enters into a partnership, those results in a downward slide of future growth. Regulatory risks expose the business to potential lawsuits and liabilities.

It is nearly impossible to anticipate and predict the source of any type of unsystematic risk or about how and when it is going to occur.

The factors that affect and cause risk exists within the company itself and needs to be avoided at all costs because it can result in labor strikes and unrest as well as manufacturing of unwanted products. The only way to eradicate unsystematic risk is via portfolio diversification.

It is important that a company invests in several assets so that they will not be affected by market events to a greater degree. Diversify your portfolio and own stocks and securities in a variety of assets that are less affected by singular events.

Suppose AB Company owns stocks in the Pharma industry, and a sudden event has resulted in a huge strike and unrest. This results in plummeting stocks and lower stock prices.

If the company had invested only in the particular stocks, it would have to face huge losses, but as AB Company has diversified its portfolio and also invested in stocks in the transportation industry, it has spread out its loss and recovered it from other industry.

At times even diversified assets fail to escape all types of risk but it is better than being subjected to full-risk from investing in a specific company. 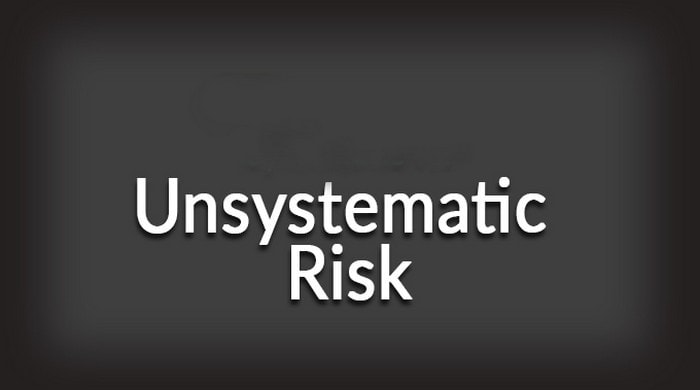 A miscalculation or a judgment error from the entrepreneur can easily result in an error and cause unsystematic risk. For example, ABC Company deals with the production of pencil batteries.

As per their market research, the organization comes to know that the next year there will be greater demand for A+ size batteries instead of pencil batteries and decides to focus on that product instead of the one they were equipped for.

The next year the company realizes that it has made a serious miscalculation in altering its production line. The machinery and inventory obtained by the company are later sold for a loss or remains unused for the time being.

It faces a severe financial crisis, although the rest of the companies in this sector continue with its growth pattern. This was an unsystematic risk and was related to a specific company and not the sector as a whole.

If a company is forced to recall any one of its products, it can result in unsystematic risk. For example, Mahindra International deals in the manufacturing of mobile devices. It launched a new version of its existing product in the market. As the earlier devices were appreciated, the company managed to sell its first one thousand units within a few hours.

After a few days, complains started pouring in that the users were having some difficulty in the sound, and when they were on a call, a screeching sound could be heard in the background. The company was forced to recall all its products and had to suffer great revenue loss as well as a direct impact on its brand image.

A new competitor in the market can also cause unsystematic risk for an existing company. For example, BC Cleaning Products deal in a product that is used for washing utensils. It was a highly popular product of the company with great sales figures.

Suddenly a new entrant XY Company started selling a product with similar features but which managed to impress the target customers. This resulted in a huge loss of market share for BC Cleaning Products and was an unsystematic risk for the company.

A sudden union problem can also result in an unsystematic risk for the company. Suppose your company has terminated the services of an employee who has a great rapport with the union. Now the company is open to walkouts by other employees as they have been ordered to do so by their union.

This can result in a loss for the company, and it is now up to the specific company to solve its internal problem and minimize its unsystematic risk.