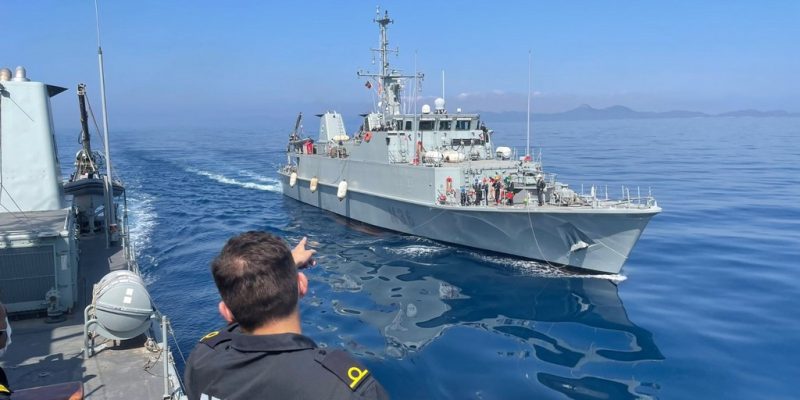 From April 25th to May 6th the international exercise ESP MINEX-22 will take place off the Balearic Archipelago with participation of 14 surface ships and a helicopter, with a total workforce of 700 people from 9 different nations and organizations.

ESP MINEX-22 is an advanced multinational mine countermeasures (MCM) exercise organized and commanded by the Spanish Navy in the Mediterranean Sea on an annual basis.

The multinational Naval Force integrates NATO’s Standing MCM Group number 2 (SNMCMG-2) and Europe’s Maritime Force (EUROMARFOR), all under command of Captain Francisco Javier Ruiz, Commander of the Spanish MCM Force, who will embark with his Staff on board the patrol vessel ‘Furor’ (flagship).

On Friday 22nd all Spanish Navy units called at the port of Mahon to prepare the exercise, and the remaining participating units arrived at the island during the weekend.

The MCM Naval Force boasts sophisticated detection systems as well as specialized divers. All ships have state-of-the-art autonomous underwater vehicles which help enhance the capabilities of the minehunters themselves.

On the weekend, a series of open doors events were organized so that the local population had the chance to visit the OPV ‘Furor’ and the five minehunters of the MCM Force.

The exercise commended with the activation of the EUROMARFOR contingent with a ceremony presided over by the Spanish Fleet Commander (ALFLOT) after which the task group set sail to conduct the scheduled drills. The exercise will conclude on May 6th at the Porto Pi naval station in Majorca.