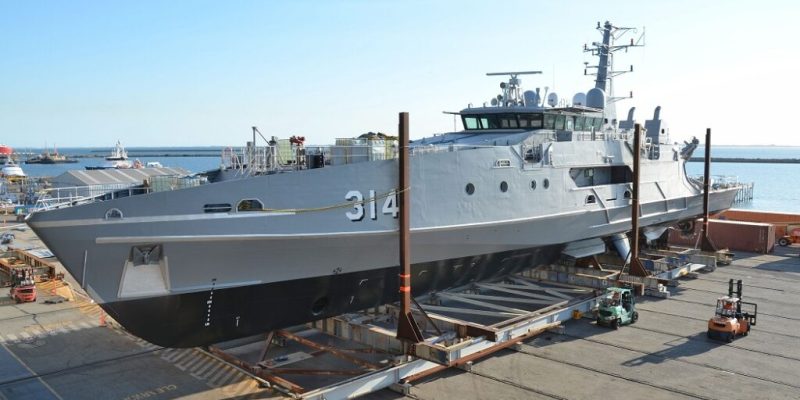 Austal announced on Twitter that it has launched the first of six Evolved Cape-class Patrol Boats to be constructed for the Royal Australian Navy in Henderson, Western Australia.

Construction has commenced on the remaining five patrol boats, the first of which is due for handover to the Royal Australian Navy early in 2022.

“With all six Evolved Cape-class patrol boats to be built in WA, we are continuing to strengthen Australia’s naval capability while supporting local jobs.”

Austal has commenced construction on the remaining five boats, the first of which is expected to be accepted by the Navy early next year.

The 58-metre longboats are being built with a number of enhancements, improving operational capability and crew capacity compared to the vessels already operated by the Navy and Australian Border Force.

Check out Naval Library App to find out more about the specifications of the Evolved Cape-class patrol boats.