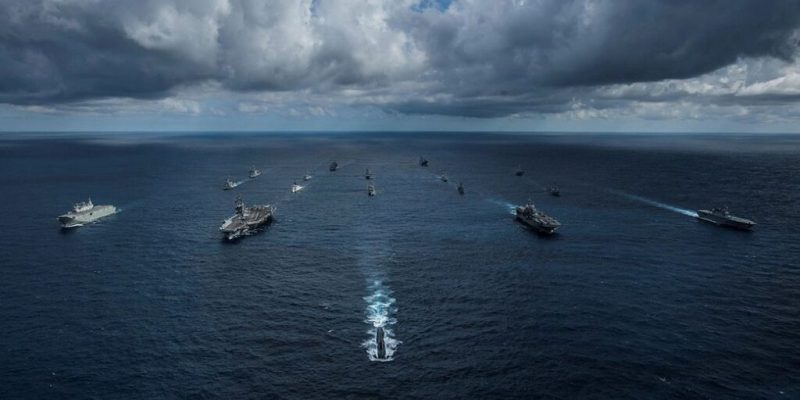 Commander of the ADF’s Deployable Joint Force Headquarters, Major General Jake Ellwood, said the high-end warfighting exercise was designed to enhance the interoperability between the ADF and the US armed forces.

“Exercise Talisman Sabre reflects the strength of the Australia-US alliance and the close and enduring nature of our military relationship,” Major General Ellwood said.

“This year’s exercise will involve more than 17,000 personnel from Australia and the United States, deploying across central and northeast Queensland and off the east coast of Australia, as well as 40 aircraft from the Royal Australian Air Force.”

In addition to the US, forces from Canada, Japan, New Zealand, the Republic of Korea and the United Kingdom will participate in TS21, and Australian-based personnel from India, Indonesia, France and Germany will observe the exercise.

A majority of these international forces will participate exclusively offshore, including about 5000 who will participate as part of a US Navy Expeditionary Strike Group, in a contactless component to the exercise.

TS21 also provides an important opportunity for the practice of rapid airbase activation and subsequent flying operations from RAAF Base Scherger in Far North Queensland; the Air Force’s northern bare base and strategic outpost.

“Talisman Sabre is a major undertaking for all participants and demonstrates our capacity to achieve large-scale operational outcomes, while also dealing with a global pandemic,” Major General Ellwood said.

“The exercise would not be possible without the generous cooperation of the community, including landowners, local governments and traditional owners. We are grateful for their ongoing support.”

“Although this occasion looks different than it has in the past due to COVID-19, our servicemen and women are still able to execute this crucial, high-level, bilateral exercise in the presence of our many allies and partners invited to observe,” Mr Sundwall said.

“Now, more than ever, we can appreciate the significance of essential workers and essential work such as this exercise, which ensures the future security and prosperity of all our nations.

“In the face of adversity, whether it be security concerns, combat operations, or humanitarian assistance and disaster relief efforts, Exercise Talisman Sabre has proven to us time and time again that we are flexible and ready for anything.”

All international military participants taking part in the exercise onshore have undertaken the mandatory 14 days quarantine.

Check out Naval Library App to learn more about the specifications of Royal Australian Navy assets.