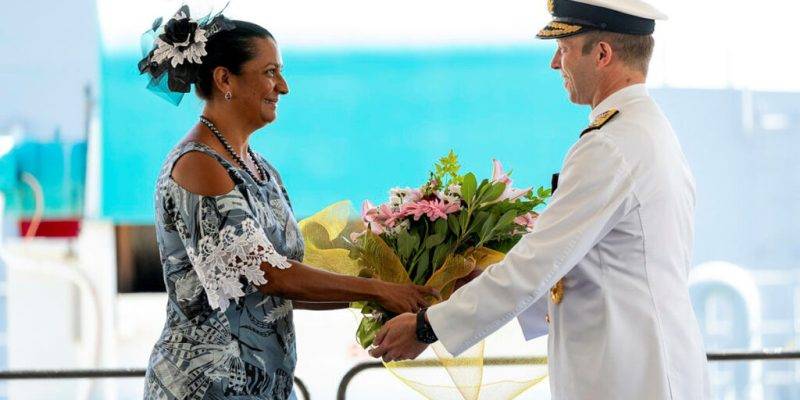 Building the first two OPVs in South Australia enabled experienced shipbuilders from the Hobart class destroyer to be retained and then transitioned to the new Hunter-class frigates, setting the foundation for a continuous sovereign naval shipbuilding industry.

Minister for Defence the Hon Peter Dutton MP said that the functions undertaken by the patrol boat were becoming increasingly important.

“As we enter a period of unprecedented regional instability and uncertainty, we again forge ahead with this new capability and with new confidence,” Minister Dutton said.

“By 2030, the shipbuilding workforce will grow to over 2000 here at Osborne as part of the 15,000 workers directly employed under the Government’s Naval Shipbuilding Plan.

“These numbers speak obviously of our commitment to building our Navy’s strength to develop our sovereign industrial capabilities and to grow our Naval Shipbuilding Enterprise.”

Check out Naval Library App to find out more about the specifications of the Arafura-class OPVs.

✕
Login/Sign up
This website is compliant with the EU GDPR regulation and uses technical and functional cookies in order to improve your experience and keep your session.

Decide which cookies you want to allow. You can change these settings at any time. However, this can result in some functions no longer being available. For information on deleting the cookies, please consult your browser’s help function. Learn more about the cookies we use.

With the slider, you can enable or disable different types of cookies: