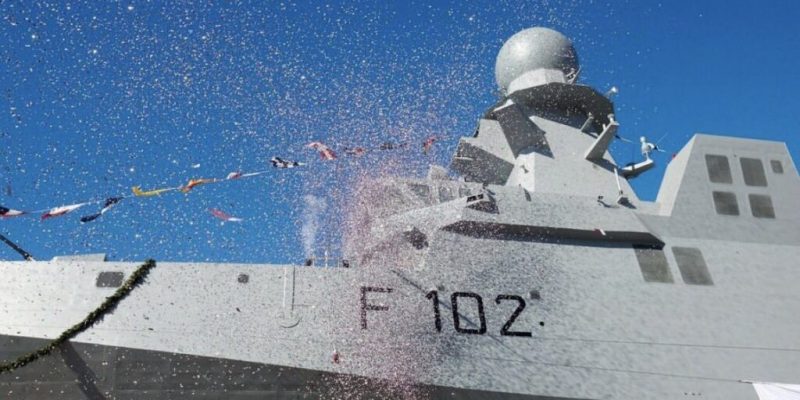 Italian shipbuilder Fincantieri launched the second of four Doha-class corvettes, “Damsah”, for the Qatar Emiri Navy in a ceremony at the Muggiano (La Spezia) shipyard on 13th February. In addition to launching the second ship in the class, the shipbuilder also laid the keel for the final corvette Sumaysimah.

Al Zubarah, the first ship in the class, is scheduled for delivery this year. Fincantieri is expected to deliver all four ships in the class by 2023.

Fincantieri showcased for the first time the multi-role air defense corvettes for the Qatari Emiri Navy during DIMDEX 2018. In August 2017, Qatar officially announced the order of the four ships of the class after signing the contract in June 2016.

Damsah is 107 meters long with 3300 tonnes of displacement. The main propulsion system of the vessel is CODAD (Combined diesel and diesel), the maximum speed is 28 knots. The vessel will be able to accommodate 112 persons on board.

The corvette will be fitted with 16 x Aster 30 Block 1 NT surface-to-air missiles which are capable to intercept ballistic missiles from 600 km distance. She will also carry 8xExocet MM40 Block-3 anti-ship missiles. The main gun will be 76 mm Otomelera. and will be outfitted with RIM-116 Rolling Airframe Missile system as PDMS.

The range of Damsah will be 3500 nautical miles, and the endurance is 21 days.

Furthermore, the vessel will be capable of operating high-speed boats such as rigid hull inflatable boat (RHIB) through lateral cranes or a hauling ramp located at the far stern. The flight deck and hangar will be sized for hosting one NH90 helicopter.