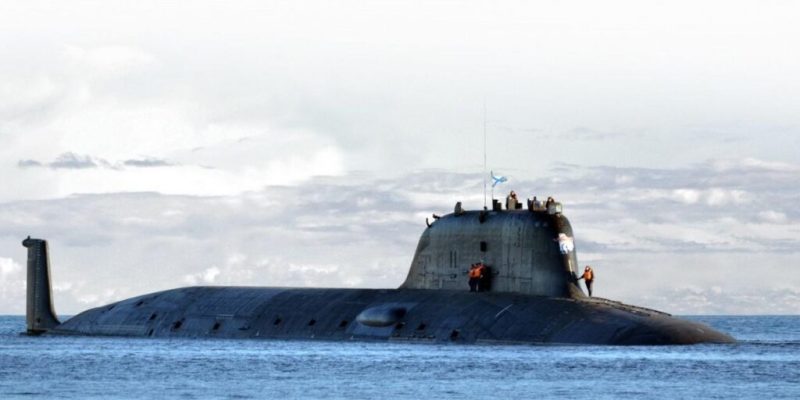 The U.S. Navy has developed an anti-submarine task force comprised of destroyers of the Arleigh Burke-class. The force will be available on short notice to perform operations in the North Atlantic Ocean. On Sept. 1, 2021, this new anti-submarine force, formally dubbed Task Group Greyhound, achieved initial operational capability.

Greyhound will be a rotating force with four Arleigh Burkes destroyers assigned to it on a 24-hour basis. These warships will be employed to counter any potential danger.

The Russian Navy is in the course of acquiring new nuclear-powered submarines that are more capable and quieter the previous ones. For several years, U.S. Navy and other U.S. military officials have repeatedly stated that the threat posed by Russia’s submarine fleet is growing, particularly along the U.S. East Coast. U.S. Air Force General Glen VanHerck, commander of US Northern Command (NORTHCOM), stated earlier this year during a Congressional hearing, “Within five years, they’ll have eight to nine of those submarines, which will be a persistent proximate threat off of our East and West Coasts that we’ve never had before.” VanHerck was pointing to Russia’s nuclear-powered Yasen & Yasen M class guided-missile submarines, which he described as “on a par with ours.”

Arleigh Burke’s destroyers are equipped with AN/SQS-53C active sonar system and AN/SQR-19 tactical towed array sonar system. These can be used to control and guide anti-submarine warfare. Each of these warships is equipped with 96 M.K. 41 Vertical Launch System cells, some of which are employed to carry the VL-ASROC anti-submarine missile with a range of 13 miles or 22 kilometers. Additionally, the battleship is armed with two Mark 32 triple torpedo tubes capable of firing Mark 46, Mark 50, or Mark 54 light torpedoes. Thus, Arleigh Burke destroyers are technically well-equipped to detect, track, and destroy hostile submarines.

Greyhound is currently assigned to the USS Thomas Hudner (DDG-116) and the USS Donald Cook (DDG-75). In addition, the USS The Sullivans (DDG-68), which is currently assigned to the multinational carrier strike group based on the Royal Navy’s HMS Queen Elizabeth in the United Kingdom, is scheduled to join the unit upon its return to the United States in January. Additionally, the task group will be expanded later next year with the addition of the USS Cole (DDG-67) and USS Gravely (DDG-107), while the USS Donald Cook will be released for planned maintenance.

“The Greyhound idea is that we bring in ships that have already deployed and are the most prepared and experienced,” Rear Admiral McLane told USNI News. Several months ago, the U.S. Navy’s top submarine officer, Rear Admiral Dave Johnson, remarked, “We’ll face some formidable adversaries.” One need look to Russia’s version of a nuclear-guided missile submarine, the Severodvinsk [first vessel of the Yasen class] (SSGN). ” He was so taken with this ship that he made a replica using declassified data to view it every day on his way to work.” Not only that, a top NATO official recently stated that Russian submarine activity has been at its most incredible level since the Cold War.

Russia has increased the size of its subsea fleet and expanded the extent of its operations, particularly in the eastern Mediterranean and near-critical transatlantic communication cables. A resurgent Russia is a head-scratcher for the U.S. and NATO, all the more so when China is making extremely aggressive movements in the Indo-Pacific. It will be interesting to observe how events unfold in the following days.

Check out Naval Library App to find out more about the specifications of the Arleigh Burke-class submarines.

By OTC3 days ago36 views