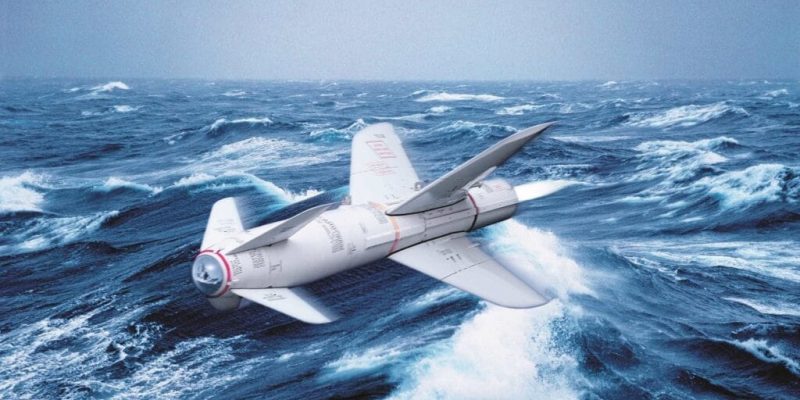 The only operational fifth-generation anti-ship missile of the West today is the Naval Strike Missile, shortly NSM. It has significant advantages over its previous generation counterparts. The NSM has gamechanger features in naval warfare.

Background and the birth of Penguin Guided Missile

At the early stage of the First Cold War, Norway controlling the exit of the Baltic and Barents seas had been keeping in service a considerable huge fleet consisted of major surface combatants. In 1960, the Royal Norwegian Navy decided to replace its big warships with small fast-attack crafts. In 1962, Norway also started to study an indigenous anti-ship missile development project because no Western country was working on developing a system that could meet the needs of the Royal Norwegian Navy. The fruit of this project, The Penguin missile, became operational in 1970. Since then, Norway has become one of the world’s leading countries in anti-ship missile technologies.

In the late 1990s, Norway started a study on a new anti-ship missile as replacing the Penguin. The program goal was that the new rocket, called NSM, could respond to new threats that may arise after 2015. The NSM 3.96 meters long. Its wingspan is 0.7 meters inside the launch tube and 1.36 meters after launch. The weight of the missile is 407 kilograms. Thanks to the Microturbo TRI-40 turbojet engine, the NSM can reach the maximum speed of Mach 0.95. Its range is over 185 kilometers. In addition, the missile has a 125-kilogram high explosive blast-fragmentation warhead.

After extensive trials, the Norwegian Royal Navy gave the initial serial production order in 2007. A Skjold-class missile boat KMN Glimt conducted the first Naval Strike Missile fire test five years later. In 2013, the missile was tested first time with a live warhead and hit successfully the decommissioned Oslo-class corvette KMN Trondheim. The main design criteria for NSM, defined as the fifth-generation anti-ship missile, is to have higher resistance against active and passive self-defence systems of the ships than current ones.

To achieve this purpose, Kongsberg Defense &amp; Aerospace engineers prioritized stealth. The fuselage made of composite materials has the design efficiently reducing the radar cross-section. There is no active sensor on the NSM to avoid enemy ships’ electronic support measure systems. Instead, the missile has high-resolution passive imaging infrared, shortly IIR, seeker as a guidance system. The advanced software of the guidance system can independently detect, identify, and discriminate the ships. It can also choose its target autonomously. Thanks to this feature, the NSM can engage a vessel near the coast and differentiate a surface combatant from nearby civilian ships.

Also, thanks to this IIR seeker, the missile does not need to be pre-targeting before the launch. This feature reduces the reaction time. The missile can fly over and around the land. During the cruise phase, the Naval Strike Missile uses its GPS, inertial, and terrain reference navigation systems. Thanks to this ability, the Naval Strike Missile can navigate the coastal waters with many rocks and islets without any problems. Also, the missile can cruise smoothly on the land too. When an obstacle is detected, it can re-set its course independently. This gives it a unique capability not found in other anti-ship missiles.

Changing the direction of expected threat

Naturally, an enemy surface combatant sailing close to its shores or being in its harbour awaits the threat from the direction from the sea. For this reason, the enemy’s defence systems focus their attention on the sea. However, the NSM has a design that turns this to its advantage. The NSM can attack its target over land after infiltrating the enemy mainland at a point far from the detection range of the sensors.

During the terminal phase, to avoid the close-in weapon systems, the missile starts to conduct high-g evasive manoeuvres very hard to predict, which consist of turning in all three dimensions. The NSM can track the target in different directions and execute its final attack with the most suitable angle. Its circular error probable is smaller than 1 meter.

Effective for the land targets

Thanks to its GPS, inertial, and terrain reference navigation systems, the Naval Strike Missile is also effective against land targets. In 2016, the Royal Norwegian Navy officially confirmed this capability. The titanium-coated warhead of the NSM is insensitive, which means only programmable fuze can active it. If the missile may not find an infrared signature that matches the pre-programmed targets, it destroys itself. The missiles can be deployed on the ship for three years without checking. Its shelf life is 30 years by overhauling every 5 to 10 years.

Which countries are using NSM?

The Naval Strike Missile has been currently preferred by Germany, Malaysia, Norway, Poland, and the USA. The Royal Norwegian Navy uses the missile on its Fridtjof Nansen-class frigates and Skjold-class corvettes. Soon, we will see the NSM on the Maharaja Lela-class frigates of Malaysia. Also, the US Navy will equip its Freedom and Independence-class littoral combat ships and the Constellation-class frigates with this missile. Finally, Poland uses the NSM with its coastal defense batteries.

Check out Naval Library App to find out the specifications of Naval Strike Missile.

Come One, Come All! The MozCon Virtual 2021 Day One Recap