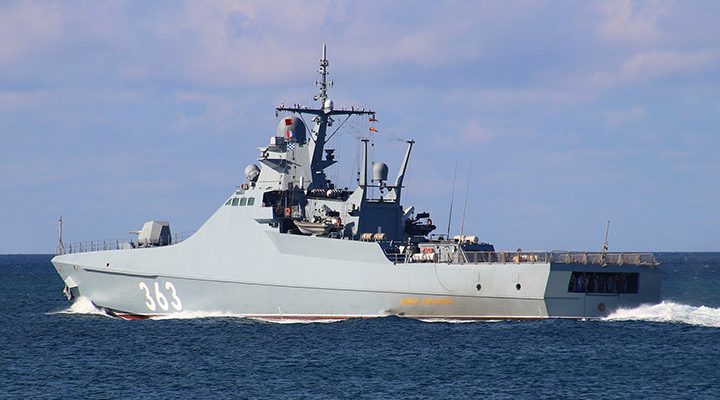 The Russian patrol ships of the Black Sea Fleet, Dmitry Rogachev and Pavel Derzhavin conducted gun firings in the Black Sea within the scope of drills to detect and eliminate drones, the TASS agency reported.

“The Russian patrol ships Dmitry Rogachev and Pavel Derzhavin of the Black Sea Fleet’s Novorossiysk naval base held artillery firings at naval combat training ranges in the Black Sea. In the course of combat exercises, the warships’ crews successfully struck all the surface and aerial targets and held shipborne electronic warfare drills by setting up short-range passive radar interference,” the press office said in a statement.

The warships conducted an air defence exercise in the first stage of the drills, practising an algorithm of operations for detecting and eliminating a fictitious enemy’s low-flying small-size aerial targets. In the drills, unmanned aerial vehicles from the Black Sea Fleet simulated the aerial enemy, according to the press office.

Following the completion of the drills, the crews returned to their home naval base and began operations in accordance with the Russian Black Sea Fleet’s naval taskforces’ plan, according to the statement.

Check out Naval Library App to find out more about the specifications of the Project 22160 patrol ships.