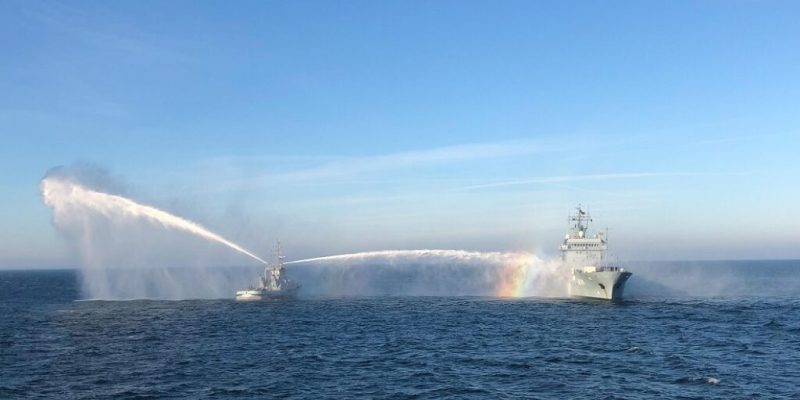 SNMCMG1 was cooperating with the Polish Navy to improve interoperability between NATO Allies by taking part in the exercise in Polish territorial waters in the southern Baltic.

For us as a multinational group, each interaction with the Allied naval forces is invaluable. It has a special meaning for me and Polish staff because we operated with our native Navy,” said Cmdr. Michal Dziugan, Commander of SNMCMG1.

The flagship FGS Elbe was involved in all serialized and planned activities dedicated to different areas of warfare. They were tasked with the search for mines in designated areas of the Baltic Sea, Szczecin, and Świnoujście.

Led by Commander Michał Dziugan of the Polish Navy, SNMCMG1 currently consists of the flagship FGS Elbe with international staff on board and two minehunters, HNLMS Vlaardingen and FGS Bad Bevensen with two Seahund drones.

After the exercise, SNMCMG1 conducted a logistic port visit in Szczecin, Poland between 12 and 15 of November.

Standing NATO Mine Countermeasures Group One (SNMCMG1) is one of four standing maritime groups composed of ships from various allied countries. In addition, SNMCMG1 consisting of minehunters from different nations is continuously ready at short notice to bring the capabilities, skills, and expertise to clear underwater explosives and provide maritime safety. These vessels are continuously available to NATO to perform different tasks ranging from participation in exercises to operational missions. They also serve as an on-call maritime force as a part of the NATO Very High Readiness Joint Task Force (VJTF) while exhibiting forward presence and contributing to operational interoperability among allied naval forces to support greater regional security and stability.

Check out Naval Library App to find out more about the specifications of the MCM vessels.

A fire broke out on NATO SNMG-1 Flagship HMCS Fredericton