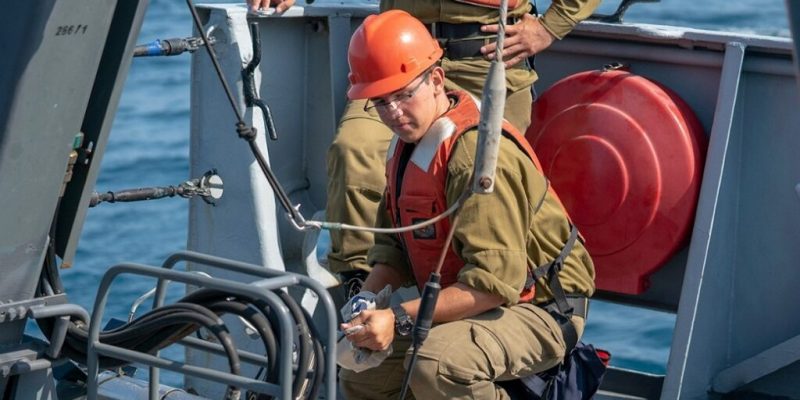 They conducted a Passing Exercise (PASSEX) with Israeli Navy units off the coast of Haifa, Israel, following successful deployment in the Black Sea.

During the port visit to Haifa, workshops concerning firefighting, mine countermeasures, and diving operations were provided to the Israeli Navy by SNMCMG2 staff. A Pre-Sail Conference was carried out, respectively.

Spanish Ambassador in Israel also visited the flagship ESPS Rayo under strict COVID-19 prevention measures. He was welcomed on board by COMSNMCMG2 Javier Núñez de Prado.

On 5 August, SNMCMG2 units and INS BAT-YAM departed Haifa port and executed a serialized schedule of exercises. The PASSEX concluded with a ‘sail-past’ to wish farewell to the units involved in the training.

The cooperation between NATO and partners like Israel is essential to contribute to the international community’s security. Exchanging knowledge regarding equipment and procedures and exercising together are critical tools to achieve interoperability and sustain cohesion between NATO and its partners.

NATO is committed to working with partner Nations, exploring training opportunities to improve interoperability skills in the maritime domain and thus contributing to Regional Maritime Security Capacity Building in the region.

SNMCMG2 is one of four standing forces that comprise the maritime component of the Very High Readiness Joint Task Force (VJTF), which is part of the NATO Response Force (NRF). To respond to contingency situations, additional forces can be added to these groups, with the NATO command staff on board and the ships of the Group as the nucleus, capable of providing timely support to NATO operations. SNMCMG2 is currently composed by ESPS Rayo (FlagShip) and ITS Alghero.

Before the port visit, SNMCMG2 concluded 21 days of deployment in the Black Sea. During this deployment, the Group participated in Bulgarian-led Exercise Breeze and worked together with Allied and Partner Navies, including three Allied Black Sea nations, Bulgaria, Romania, and Turkey. Exercise Breeze-21 helped improve readiness and interoperability within Allied navies in the region and resulted in six historical ordnances mapped in the Black Sea.

Check out Naval Library App to find out more about the specifications of the MCM vessels.