Trojan Lampion is back after 3 months. The malware was observed last days with a new obfuscation layer, new C2, and distributed inside an MSI file.

Trojan Lampion is a malware observed at the end of the year 2019 impacting Portuguese users using template emails from the Portuguese Government Finance & Tax and EDP.

The latest campaigns in Portugal were observed during February 2020, according to the threat indicators available at 0xSI_f33d – The Portuguese Abuse Open Feed. A new modified version of this malware was observed during May 2020 using template emails that impersonate an invoice from a Bank transaction, an invoice from Vodafone Group, and in another scenario, emergency funds provided by the Portuguese Government to help the COVID-19 fight.

Below, the email templates on how Lampion has been distributed in May 2020 in Portugal are presented.

On May 8th, 2020, a fresh version of Lampion trojan was distributed using templates using the SAPO Transfer Cloud and the email related to a bank transfer.

As noted in previous campaigns, the threat is distributed on a VBS file along with other documents to lure victims.

Figure 2: Message included by crooks inside the PDF file.

In this scenario, a Microsoft Installer (MSI) file was used to disseminate the threat. The malicious file is downloaded from the Google API Cloud.

Also, an MSI file was used to infect the victims (formulario_emergencial_gov.msi). In this case, the malicious file was downloaded from an AWS S3 bucket. The modus operandi both malicious MSI file is the same and explained below. We are living in an era where crooks taking advantage of the pandemic situation to launch new waves of phishing and malware every day.

According to the first appearance of this banking trojan in December 2019, the modus operandi remains as documented here. Only the way how the malware is distributed has been changed along the time.

As observed in Figure 2, this is the classic form of Lampion. It poses as a VBS file along with other files, including an image and a PDF file to lure the victims.

Nonetheless, Figure 3 and Figure 4 show another way how Lampion has been spread. Crooks are using an MSI file with the VBS file inside (1st stage), that is executed to infect the victim’s device. Also, the VBS file is harder to understand, it is a bit bit more overshadowed in contrast to the initial samples. In brief, these are the only changes observed in these fresh samples in contrast to December 2019.

Analyzing the MSI file from Figure 4, it poses as a file sent from the Portuguese Government to help in the COVID-19 fight.

From this point, the malware process is the same how documented in December 2019. However, the VBS file is now harder, with a new obfuscation round (see Figure 8 below).

Figure 8: Snippet of code – obfuscation differences between the VBS samples; December 2019 and May 2020.

The next stage is downloaded through the execution of the VBS file on the infected device. In order to decode the URLs, we use the snippet of code available here.

The code and behavior of the malware are the same in the samples shared above, however, criminals introduce “new lots of junk” in each sample as a means of bypassing AV signatures.

In order to corroborate that, it is possible to check the size of the PE files below.

Figure 9: Size of two samples distributed in Portugal during May 2020.

Both the files are executable files, with a difference in the size of the file. As mentioned, a lot of junk is put inside the PE file increasing, thus, the file entropy and to bypass AV signatures.

Figure 10 shows image resources included inside the binary. In detail, 52.5MB from the total (63.3MB) are only populated by 12 images, including a BPM image file of around 27 MB.

Figure 10: Image resources inside the malware to increase the file size.

Figure 11: Embarcadero Delphi version used in December 2019 also observed in May 2020.This indicator shows what was observed during the analysis of the Trojan: only minor changes were made, such as: changing the address of the C2 server.The URLs themselves encoded to send information about the victim to C2 have the same name, e.g.: “PostaEstaBosta.php“.More IOCs and C2 are presented towards the end of the publication. For more details about this malware see the initial publication from here.

Additional screens and IOCs on Lampion – May 2020 samples

When installed, the trojan can be used by crooks to launch overlay windows on the victim’s device. The number of templates used and affected organizations are huge, including Brazilian, and Portuguese banks as presented below.

The overlay windows are invisible when malware is running and are triggered when the specific banking portal is accessed.

Lampion trojan can be also used by crooks to manually launch a specific page remotely.

Next, when a specific banking portal is accessed,  the overlay windows are displayed (Figure 13 above), and data is sent to the C2 server.

Next, some details about the infected machine sent to the C2 server, including the computer name, SO, AV, etc.

Malware is nowadays one of the major cyber weapons to destroy a business, market reputation, and even infect a wide number of users. The next list present some tips on how you can prevent a malware infection. It is not a complete list, just a few steps to protect yourself and your devices.

And last but no the least, do not execute files and content from untrusted locations.

Additional details, including the Indicators of Compromise (IOCs), are available in the analysis published by Pedro Tavares.

About the author Pedro Tavares

Pedro Tavares is a professional in the field of information security, working as an Ethical Hacker, Malware Analyst, Cybersecurity Analyst and also a Security Evangelist. He is also a founding member at CSIRT.UBI and Editor-in-Chief of the security computer blog seguranca-informatica.pt.

The post Trojan Lampion is back after 3 months appeared first on Security Affairs. 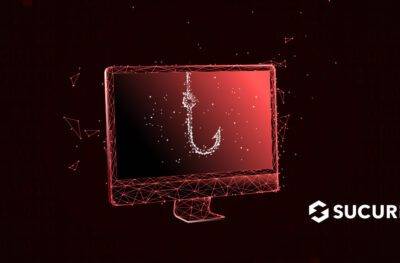