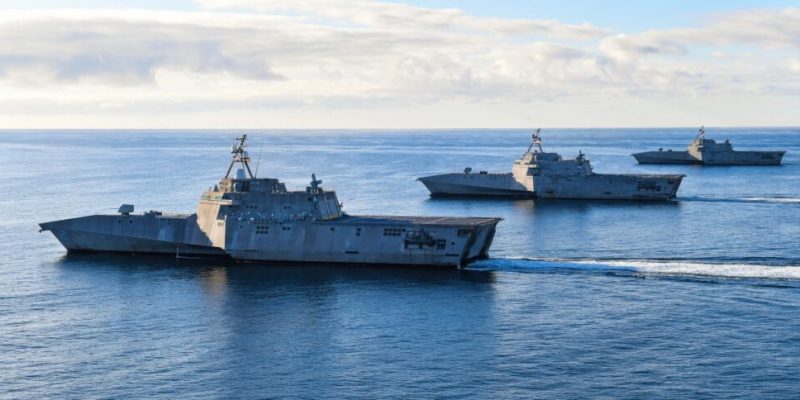 The US Navy granted Austal USA a sustainment execution contract (SEC) on August 4 to repair, maintain, and modernize all Littoral Combat Ships (LCS) based in San Diego. This comprises both Austal-built Independence-variant LCS and Freedom-variant LCS based on the west coast.

“I’m proud of the hard work our service team has done to make this award possible,” Austal USA interim president Rusty Murdaugh said. “We are honored that this award puts us in a position to support the Sailors that deploy on these ships to protect and support our country and our allies.”

The SEC West award builds on Austal USA’s continued investment in the service business. This award will enable the company to further expand its current San Diego service center while offering a greater range and depth of support available to the U.S. Navy. Austal USA is also expanding its Singapore service center to effectively support the Navy’s increased presence throughout the Pacific region.

Austal USA, Mobile, Alabama (N00024-21-D-4443); Epsilon Systems Solutions Inc.,* Portsmouth, Virginia (N00024-21-D-4444); and Continental Maritime of San Diego LLC, San Diego, California, formerly Huntington Ingalls Industries San Diego Shipyard Inc. (N00024-21-D-4445), are each awarded firm-fixed-price, cost-plus-fixed-fee, indefinite-delivery/indefinite-quantity, multiple award contracts to support sustainment execution efforts for Littoral Combat Ships homeported in San Diego, California (MAC I). The MAC I contracts will have a ceiling of $344,724,287. Delivery orders will be competitively awarded under these contracts, which are to be performed in San Diego, California (58%); outside the continental U.S. (28%); and other continental U.S. (14%) locations, as appropriate. Each of the contracts has an estimated ordering period of 19 months, which is expected to end in February 2023. Fiscal 2021 operation and maintenance (Navy) funding in the amount of $15,000 ($5,000 minimum guarantee per contract) is being obligated as each contract’s initial delivery order which will expire at the end of the current fiscal year. These contracts were competitively procured using full and open competition with three offers received via the beta.sam.gov website. The Naval Sea Systems Command, Washington, D.C., is the contracting activity.

The Independence-variant LCS program has recorded a number of successful deployments with more ships scheduled to deploy in the near future. In May 2020, the USS Montgomery (LCS 8) conducted operations in the South China Sea. Later that same month, the USS Gabrielle Giffords (LCS 10) also conducted presence operations in the area. In December, Giffords moved to support U.S. Southern Command in the Caribbean and eastern Pacific Ocean with the ship interdicting $100 million of illegal drugs. In June, the USS Tulsa (LCS 16) conducted operations in the Philippine Sea, while the USS Charleston (LCS 18) operated with the Sri Lankan navy in Malaysia.

Check out Naval Library App to find out the specifications of the LCSs.