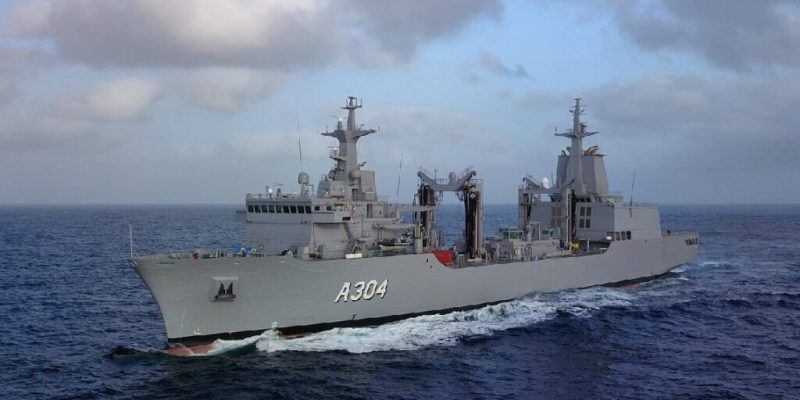 The acceptance of NUSHIP Stalwart on August 30 follows two months’ of fit-out activities carried out at HMAS Stirling in Western Australia. Before its formal acceptance, NUSHIP Stalwart completed its final sea trials. Verifications and demonstrations of the Combat, Communications and Navigation Systems conducted on August 22 reached a high degree of customer satisfaction in all areas.

Navantia Australia’s managing director, Mr Israel Lozano said that the acceptance of delivery for NUSHIP Stalwart is not only a major milestone for the company but also Australian industry capability, with the commencement of the support contract in Western Australia.

“We congratulate Defence on the acceptance of delivery of NUSHIP Stalwart. Navantia Australia established operations in Henderson, Western Australia in May 2020 to provide sustainment support to Stalwart and is another example of how our commitment to Plan Galileo and to helping develop Australia’s sovereign naval shipbuilding and sustainment industry”, said Mr Lozano.

Support for the life-cycle of the vessel for the first five years of service and throughout the ship’s warranty period will be managed by Navantia Australia, along with sister ship, HMAS Supply.

The AOR Program has generated hundreds of jobs for Australian workers who operate behind the scenes in the Australian Defence Industry. Sixty direct jobs with Navantia Australia, and further indirect jobs with industry partners associated with the AOR Sustainment support program, have been created.

A number of Australian and Western Australian companies were involved in both the construction process and fit-out, including Taylor Bros, SAGE Automation, Australian Maritime Technologies, Sofraco Engineering, Capability by Design, Communications Design & Management and Sypaq Systems. ASP Ship Management, Scaf-West and the Onsite Rental Group are performing vital support during the fit-out.

Launched by Australian Chief of Navy, Vice Admiral Michael Noonan AO, NUSHIP Stalwart was launched on 30 August 2019 and departed Navantia’s Ferrol shipyard on May 20 this year, and headed to Perth, where it arrived on June 21.

Check out Naval Library App to find out the specifications of the Supply-class oilers.