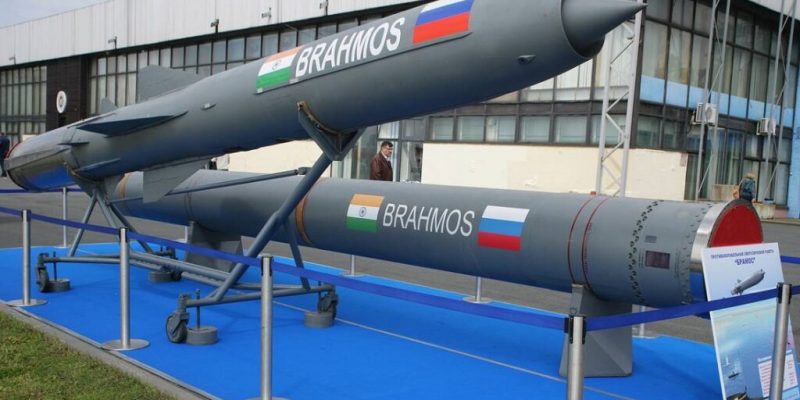 Cruise missiles have gained a vital role in today’s conflicts due to their precision, speed, and versatility. They can be launched from air, land, sea, and subsea, making them vital assets for deterrence and open combat. “BrahMos Missile” is one of the world’s fastest supersonic cruise missiles in terms of history, design, and features.

In February 1998, India and Russia signed an inter-governmental agreement to establish BrahMos Aerospace (BA) to produce cruise missiles. The missiles are designed, developed, and built by BA, a joint venture company set up by the Defence Research and Development  Organisation and Mashinostroyenia of Russia. The company was established on 12 February. India holds a 50.5% share of the joint venture, while Russia has a 49.5% share.

In 2008, BA acquired Indian state-owned firm Keltec to manufacture and integrate BrahMos components and missile systems. It was necessary to meet the increased orders received from the Indian Army and Navy. The missile’s name is a combination of the names of Brahmaputra and Moskva rivers. The first missile was test-fired from the integrated test range at Chandipur in Orissa Coast in June 2001. Since then, the missile has been successfully tested from various platforms, including land-based platforms and warships.

The earliest version of the ship launched BrahMos, and the land-based system is in service of the Indian Navy and the  Indian Army since 2005 and 2007, respectively. In July 2019, the range of BrahMos had reached 500 km. With its speed, it becomes one of the world’s fastest supersonic cruise missiles.

Design and Features of BrahMos

BrahMos is derived from the Russian-made P-800 Oniks / Yakhont supersonic anti-ship cruise missile. The BrahMos propulsion is based on the Oniks, while BrahMos Aerospace developed the guidance system. The missile can be configured for land, sea, and aerial platforms. An aircraft-launched variant (BrahMosA) is currently being configured for the Sukhoi  SU-30MKI aircraft of the Indian Air Force (IAF).

It features a smaller booster and additional tail fins for more excellent stability during launch. The ship and land-based BrahMos missiles can carry a conventional semi-armour-piercing warhead of 200kg, while the aerial variant can take a 300kg warhead. The deep penetration capabilities of the Brahmos were tested successfully in November 2013 at the Pokhran test range in Rajasthan, India.

The missile has some unique features, they are :

– “Fire and Forget” principle of operation,

– High supersonic speed all through the flight,

Terminal guidance is achieved through an active or passive radar. In addition, the missile can attack surface targets by flying as low as five meters in altitude, and the maximum height it can fly is 14,000 meters. It has a diameter of 70 cm and a wingspan of 1.7 m. It can gain a total speed of Mach 3 and has a maximum range of 450 km.

It has a two-stage propulsion system with a solid-propellant rocket for initial acceleration and a liquid-fuelled ramjet responsible for the sustained supersonic cruise. Air-breathing ramjet propulsion is much more fuel-efficient than rocket propulsion giving the the missile a more extended range than a pure rocket-powered missile would achieve. In addition, the high speed of the BrahMos likely gives it better target-penetration characteristics than lighter subsonic cruise-missiles, such as Tomahawk.

Its 2.8 Mach speed means that some existing missile defence systems cannot intercept it, and its precision makes it lethal to surface targets. Although the missile was primarily an anti-ship missile, the Block III version can also engage land-based targets. It can be launched either in a vertical or inclined position and can cover marks over a 360-degree horizon. The  BrahMos missile has an identical configuration for land, sea, and sub-sea platforms. The air-launched version has a smaller booster and additional tail fins for added stability during launch.

The missile has currently been configured for aerial deployment with the Su-30MKI as its carrier.

To sum up; BrahMos is the most modern missile system ever developed by India and Russia and has made India one of the leading countries in missile technology. Moreover, as the tension is rising in the Indo-Pacific Reagon, Brahmos will be the main firepower missile for all branches of the Indian Army.

Check out Naval Library App to find out more about the specifications of the BrahMos Missile.

By OTC10 hours ago6 views