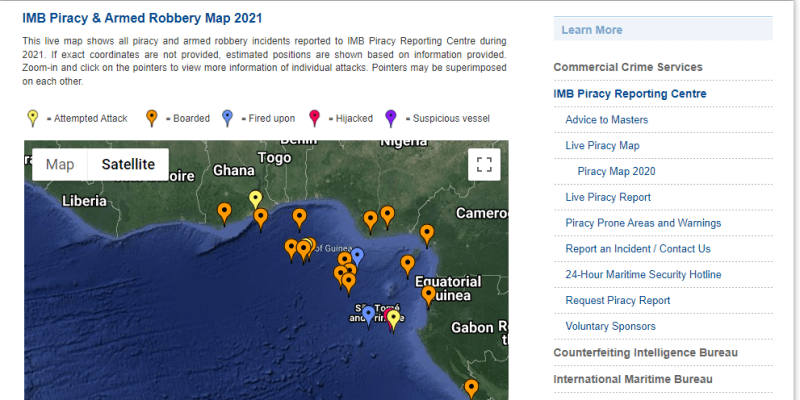 Danish Navy has killed four pirates during a firefight off the coast of Nigeria in the Gulf of Guinea. The frigate HDMS Esbern Snare, which has been sent to the Gulf of Guinea to help secure the sea routes,  came under fire in an incident yesterday, reports Forsvaret, the Danish armed forces.

On Wednesday, November 24, the crew of the frigate Esbern Snare responded to reports of an increased risk of piracy in the waters south of Nigeria. The ship set in that direction and sent the ship’s Seahawk helicopter in advance to observe.

The crew of the helicopter found in the afternoon in an area with a number of merchant ships a fast-moving motorboat with eight suspicious men on board. On board the ship, the helicopter crew could see a number of the tools associated with piracy, including ladders.

During the evening, Esbern Snare was close enough to send the Frogman Corps off in their fast-moving RHIB boats to board the pirate ship.

A brief firefight ensued. No Danish soldiers were injured, but five pirates were hit. Four of the pirates died. One was injured.

After the firefight, the pirate ship sank. The eight pirates were taken aboard the frigate Esbern Snare, where one wounded man was treated for his injuries.

Denmark’s Prime Minister Mette Frederiksen and main opposition lawmaker Jakob Elleman had both planned to visit the frigate during a visit to Ghana on Wednesday and Thursday.

The inter-ministerial working group will deal with what should happen to the pirates.

The frigate will operate in the gulf until April next year.

Piracy in the Gulf of Guinea

Check out Naval Library App to find out more about the specifications of the Absalon-class frigates.

Why You Shouldn’t Use SMS For 2FA