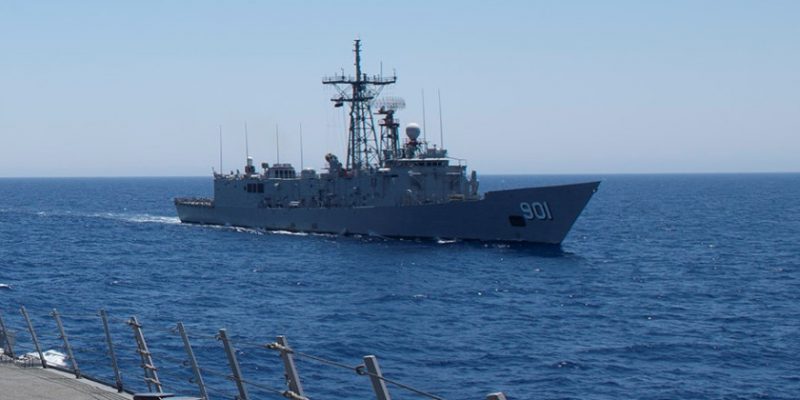 Egypt’s military has said that the passing exercise conducted at the Berenice Military Base on the Red Sea.

The statement added that the exercises “revealed the capability of the joint naval forces to efficiently and quickly take positions, as well as execute signal transportation and exchange exercises on naval unit surfaces.”

Castilla is now in Djibouti to take over the Operation Atalanta mission from  Santa Maria-class frigate Reina Sofia. Reina Sofia has conducted the mission for 4 months.

Operation Atalanta, formally European Union Naval Force Somalia, is a current counter-piracy military operation at sea off the Horn of Africa and in the Western Indian Ocean, that is the first naval operation conducted by the European Union.

The European Union is concerned with the effect of Somali-based piracy and  armed robbery at sea off the Horn of Africa and in the Western Indian Ocean. Somali-based piracy is characterised by criminals taking control of vessels transiting the High Risk Area in the Region and extorting ransom money for the crew, the vessel and cargo: this bears all the features of organised crime. Crews held hostage by pirates often face a prolonged period of captivity, the average being 5 months, although some hostages have been held for almost three years. Moreover, piracy impacts on international trade and maritime security and on the economic activities and security of countries in the region.

As a result, and as part of its Integrated Approach to Somalia, the EU launched the European Union Naval Force ATALANTA (EU NAVFOR) in December 2008 within the framework of the European Common Security and Defence Policy (CSDP) and in accordance with relevant UN Security Council Resolutions (UNSCR) and International Law.