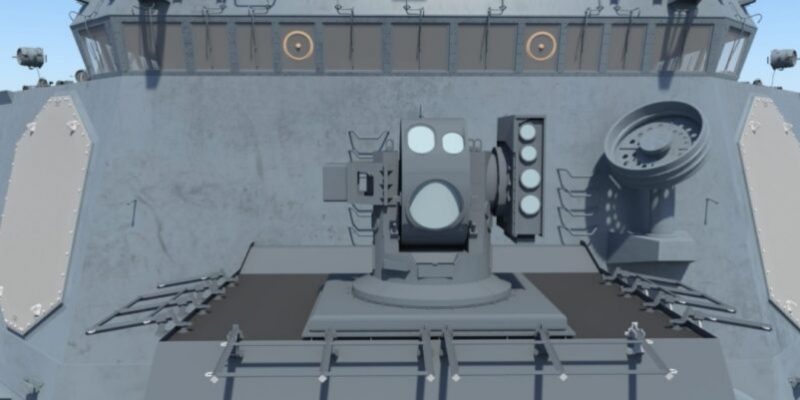 This year, the U.S. Navy is scheduled to field the first acquisition program to deploy the High Energy Laser with Integrated Optical-dazzler and Surveillance, or HELIOS – a laser weapon system with high-energy fiber lasers intended for permanent fielding by the U.S. Department of Defense. Coherent with the schedule, Lockheed Martin delivered the first HELIOS Laser Weapon to the U.S. Navy in early 2021.

As technology evolves, it becomes harder for warships to protect themselves. Due to the high speed, maneuverability, and flight altitude of the hypersonic missiles, no satisfactory solution has been found against them. On the other hand, Unmanned Combat Aerial Vehicles are the newest assets of the naval battle scene. UCAVs are very useful over the corvettes and FACs, which have weak air defense capabilities, and they could cause significant damage on frigates with SWARM attacks.

In this context, the expectations from laser guns are high. HELIOS is the first and the most significant candidate to meet expectations. The first version will be used as a counter-drone system, and further versions would be used for missile-defense.

HELIOS is a 60-kilowatt laser system installed on the USS Ponce in 2014. HELIOS is billed as a weapon that can burn small speed boats of the type Iran deploys in armed swarms and can torch unmanned aerial vehicles out of the sky. Alternately—and perhaps to avoid an international incident—HELIOS can “dazzle” a UAV’s electro-optical sensors, damaging them and preventing them from performing their mission.

The HELIOS system’s deep magazine, low cost per kill, speed of light delivery, and precision response enable it to address Fleet needs now, and its mature, scalable architecture supports increased laser power levels to counter additional threats in the future. HELIOS leverages technology building blocks from significant, long-term internal research and development projects that continue to advance the Navy’s goal for fielding laser weapon systems aboard surface ships and putting the Navy on the right side of the cost curve for threat engagements.

HELIOS combines three key capabilities, brought together for the first time in one weapon system:

According to Lockheed Martin, HELIOS is a candidate to replace the MK-15 Phalanx Close-in Weapons System (CIWS) and the RIM-116 missile system U.S. fleet. The Phalanx MK-15 weapons system is a radar-guided 20mm Gatling gun providing inner layer point defense capability against anti-ship missiles, aircraft, and littoral warfare threats. The Phalanx is unique because it is the only deployed close-in weapon system capable of autonomously performing its search, detecting, evaluating, tracking, engaging, and killing assessment functions.

The High Energy Laser and Integrated Optical-dazzler with Surveillance has a roughly five-mile range and will start as a 60-kilowatt laser mounted on a guided-missile destroyer that’ll be used for little more than improved targeting. Still, officials hope it will quickly scale up to at least 500 kilowatts and start destroying incoming missiles on its own.

By OTC15 hours ago5 views