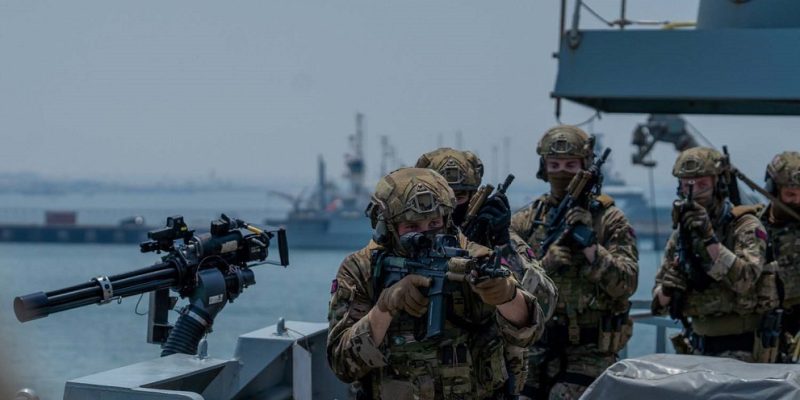 HMS Trent is on her way to the Gulf of Guinea for security patrols and a mission to help partners in West Africa, according to a press release from the Royal Navy.

Since leaving the UK six months ago, the River-class Batch 2 patrol ship has been on an extended deployment to the Mediterranean, operating as far east as the Black Sea.

HMS Trent is now heading south to the tropical seas of the Gulf of Guinea for the next three months, becoming the first Royal Navy ship to do so in three years.

With Royal Marines of 42 Commando on board, the ship will carry out a range of joint exercises and training to strengthen ties and develop plans for future operations in the region.

Trent will visit Nigeria, Ghana, Senegal, Gambia and Cape Verde, and will take part in French-led multinational exercises that will bring together international partners in the area, known as Exercise Grand African Nemo.

Commanding Officer of HMS Trent, Commander Tom Knott, said: “We are extremely proud and excited to commence this deployment to what is an exciting new region for HMS Trent.

“We are looking forward to working with regional partners and also engaging with local communities in an effort to strengthen security.”

This is one of the specialist areas Royal Marines of 42 Commando can turn their hands to, with marines regularly deploying in small teams to provide world-class training in a range of skills that can help nations counter illicit activity around their coastline and within their borders.

As well as delivering training to partner nations, 42 Commando are experts in boarding operations helping fight against illegal activity like piracy, drugs-smuggling and terrorism.

The Plymouth-based unit deploys in small teams on Royal Navy warships around the world and are also tasked with rescuing isolated personnel – like downed pilots or British citizens at risk – from behind enemy lines.

“Working closely with our defence partners we aim to provide a persistent presence within the region and deliver world-class training and support as they continue to suppress illegal activity.”

Check out Naval Library App to find out more about the specifications of the River-class OPVs.