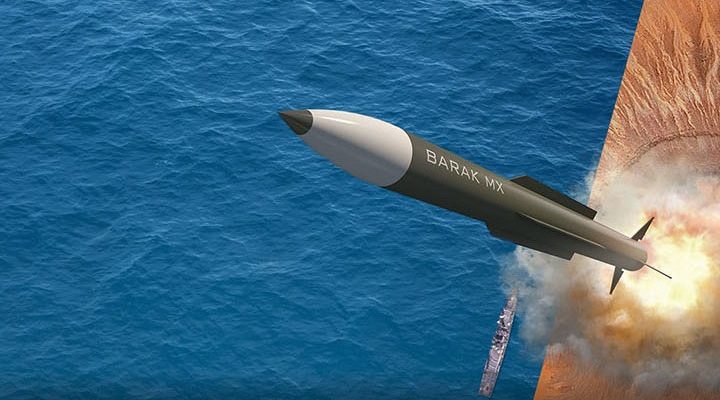 Israel Aerospace Industries (IAI) is integrating offensive and defensive systems, to enhance the ‘Sa’ar 6’ corvette’s capabilities and usher the Israeli Navy into a new technological era, under the guidance of Israel’s Ministry of Defense (IMoD) and the IDF, IAI announced.

IAI’s BARAK MX interceptors along with IAI’s complete naval combat suite will provide advanced defence systems to the Israel Navy’s Sa’ar 6 corvettes. The systems will be used to protect Israel’s exclusive economic zone and strategic facilities that face diversified threats in the marine arena. The BARAK MX system was chosen after it was demonstrated to meet the operational requirements and future challenges faced by the Israeli Navy.

Boaz Levy, President and CEO of IAI, said: “The combat and air defence systems installed on the Sa’ar corvettes represents the significant tier now being integrated on the rest of Israel’s air defence array, an integral aspect of IAI’s system-wide naval solutions. With land and naval modules, the system provides a complete response to a wide range of threats and is developed to work with other systems. IAI’s air defence systems boast successful, combat-proven operational experience and we are proud to be the home of the Israeli Navy’s systems”.

These combat systems are designed to maximize and optimize the individual systems’ performance and capabilities in a manner that will enable them to operate synergistically with efficiency and full effectiveness.

Check out Naval Library App to find out the specifications of the Sa’ar 6 corvettes.

By admin18 hours ago18 views

By admin18 hours ago12 views

By admin21 hours ago21 views

By admin23 hours ago18 views