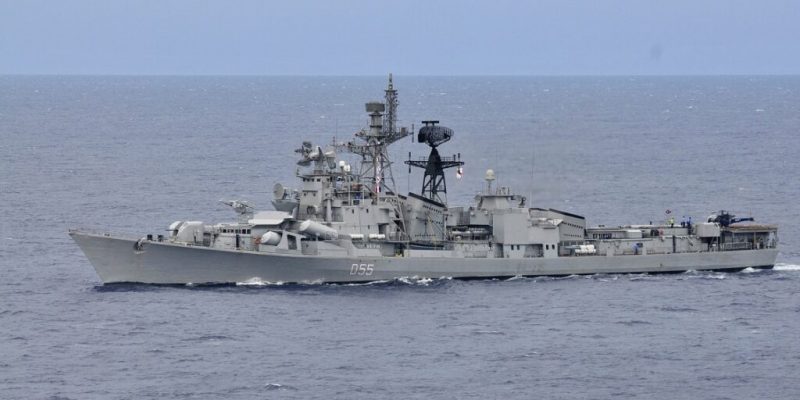 The Indian government has announced that a joint naval exercise, Malabar 2021, involving India, the United States, Japan, and Australia will be held again this year.

As part of the Malabar 2021 exercises, the Quad navies will conduct amphibious operations involving special forces, live firing, and anti-submarine warfare operations off the coast of Guam in the Indo-Pacific.

The harbour phase of the Malabar naval exercises is scheduled for August 21-24, with the sea phase taking place on August 25-29.

Last year, the 24th edition of the Malabar Naval Exercise was conducted in Visakhapatnam, Bay of Bengal in November 2020.

Check out Naval Library App to learn more about the specifications of the participating navies’ assets.

The German warship FGS Bayern heads for the Indo-Pacific