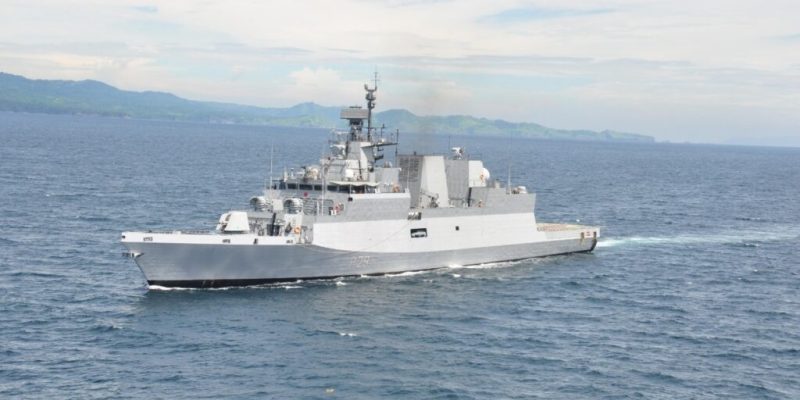 In support of India’s “Act East” policy and to strengthen military cooperation with friendly countries, a Task Force of the Indian Navy’s Eastern Fleet will deploy to Southeast Asia, the South China Sea, and the Western Pacific from early August 2021 for nearly two months.

The deployment of Indian Navy ships aims to emphasize the Indian Navy’s operational reach, peaceful presence, and solidarity with friendly countries in the maritime domain, as well as to enhance existing relationships between India and Indo-Pacific countries.

During the deployment in the Indo Pacific, the ships are scheduled to participate in bilateral exercises with Vietnamese Peoples’ Navy, Republic of Philippines Navy, Republic of Singapore Navy (SIMBEX), Indonesian Navy (Samudra Shakti) and Royal Australian Navy (AUS-INDEX). Further, they would also participate in multilateral exercise MALABAR-21 alongside the Japanese Maritime Self Defence Force, Royal Australian Navy and the United States Navy in Western Pacific.

In support of the Prime Minister’s policy of “Security and Growth for All in the Region – SAGAR,” the Indian Navy deploys on a regular basis to friendly foreign countries and the Indian and Pacific Ocean regions. Further, such engagements build ‘Bridges of Friendship’ and strengthen international cooperation.

These maritime initiatives enhance synergy and coordination between the Indian Navy and friendly countries, based on common maritime interests and commitment towards Freedom of Navigation at sea. Besides regular port calls, the task group will operate in conjunction with friendly navies, to build military relations and develop interoperability in the conduct of maritime operations.

Check out Naval Library App to learn more about the specifications of the Indian Navy Assets.

By OTC8 hours ago5 views