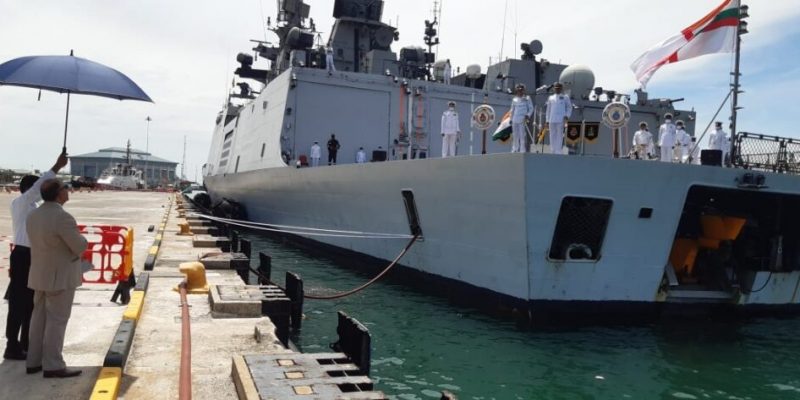 In accordance with India’s “Act East” Policy, Indian Navy Ships Shivalik and Kadmatt arrived in Muara, Brunei on August 9, 2021, as part of their deployment to South East Asia, the Indian Navy announced.

During their visit to Muara, Brunei, the crews of both ships will engage in a variety of bilateral professional interactions with the Royal Brunei Navy.

The exercise will allow both navies to improve interoperability, learn from best practices, and develop a shared understanding of Maritime Security Operations procedures. The harbour interactions and sea exercises aim to strengthen the two navies’ strong bond and would be another step toward strengthening India-Brunei defence relations. The bilateral exercise would conclude with a Passage Exercise at sea with the Royal Brunei Navy on August 12, 2021.

Given the COVID19 pandemic, all interactions and exercises will be strictly ‘Non-Contact’ activities, with no physical contact between personnel from participating navies.

The Indian Navy Ships Shivalik and Kadmatt are the most recent indigenously designed and built multi-role Guided Missile Stealth Frigate and Anti-Submarine Corvettes, respectively, and are part of the Indian Navy’s Eastern Fleet, which is based in Visakhapatnam and is led by the Eastern Naval Command. The two ships are outfitted with a diverse array of weapons and sensors, are capable of transporting multi-role helicopters, and represent the maturation of India’s warship-building capabilities.

Following the completion of the bilateral exercise with the Royal Brunei Navy, the ships will travel to Guam to participate in the MALABAR-21 exercise with the Japanese Maritime Self-Defense Force (JMSDF), Royal Australian Navy (RAN), and United States Navy (USN).

Check out Naval Library App to find out more about the specifications of the Shivalik-class frigates.