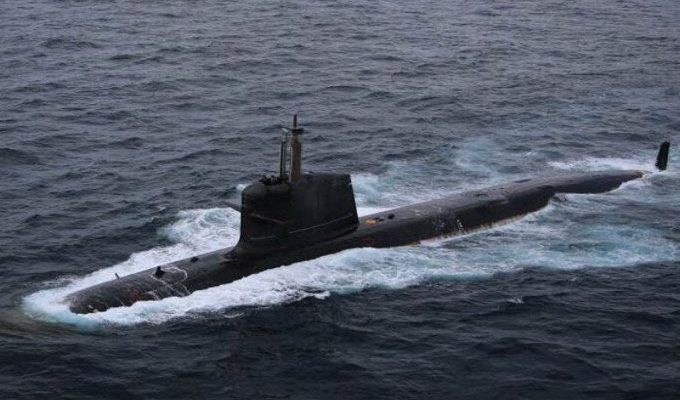 INS Karanj was launched in January 2018; MDL achieved to deliver the submarine for the Indian Navy in three years.

INS Karanj is India’s third of the six Kalvari-class submarines with superior stealth and combat capabilities. The diesel-electric attack submarine has been built under MDL’s Project-75 in collaboration with the French giant company Naval Group.

Each ship is powered by four MTU 12V 396 SE84 diesel engines, has 360 battery cells (750 kg each), for power, and has a silent Permanently Magnetised Propulsion Motor. The hull, fin, and hydroplanes are designed for minimum underwater resistance, and all equipment inside the pressure hull is mounted on shock-absorbing cradles for enhanced stealth.

Special steel was used in its construction, which has high tensile strength, capable of withstanding high yield stress and hydro-static force. Each submarine has 60 km of cabling and 11 km of piping. The class displaces 1,615 t (1,780 short tons) when surfaced and 1,775 t (1,957 short tons) when submerged.

This class is equipped with six 533-mm torpedo tubes for a combination of 18 heavyweight wire-guided German-made Surface and Underwater Target (SUT) torpedoes and SM39 Exocet anti-ship missiles or 30 mines in place of both. The class is also fitted with mobile C303/S anti-torpedo decoys for self-defense. The weapon systems and sensors are integrated with Submarine Tactical Integrated Combat System (SUBTICS). It has a sonar system capable of Low-Frequency Analysis and Ranging (LOFAR), enabling long-range detection and classification. Each submarine has a complement of 8 officers and 35 sailors.

By OTC6 days ago25 views

By OTC7 days ago29 views