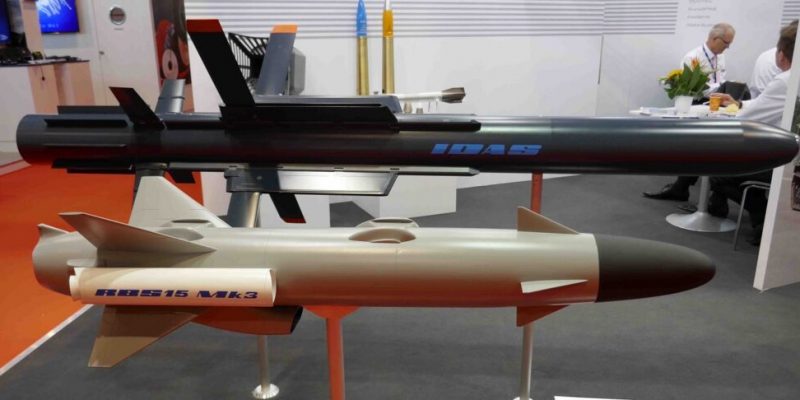 Before designing a weapon system, it is determined for what purpose the system will be used. Requirements are set in such a way that they will meet the established objectives. The aim of the Interactive Defense and Attack System for Submarines (IDAS) is to develop a weapon system that submarines can defend themselves against air threats by attacking without having to surface.

Submarines have a significant advantage in the operational field since other elements cannot easily detect them. However, in recent years, the ability of helicopters, maritime patrol aircraft, and unmanned aerial vehicles to detect submarines with advanced sensors has created adverse conditions for submarines. In this case, submarines need an air defense missile fired without coming to the surface. To meet this need, the IDAS Missile is being developed.

The IDASS Missile Project’s initial research began in the early 2000s. Diehl Defense and ThyssenKrupp Marine Systems have formed a collaboration for missile research. The German 212A Class Submarine accomplished the first launch and flight test in 2006. In 2008, 2015, 2016, and 2018, German and Norwegian submarines successfully conducted test launches.

At the outset of the project, it was determined that IDAS missiles would be produced only for German type 212 submarines. However, Germany’s defense budget cuts slowed the project. The project was initially scheduled to be completed in 2014.

To avoid further delays, the project was expanded in 2013 to include the Roketsan firm from Turkey. Roketsan was involved in creating the missile warhead and testing the control system, according to the agreement signed between the IDASS consortium and Roketsan. Following Roketsan, Norwegian corporations Nammo Raufoss and Kongsberg Defense joined the project as partners. The project is still ongoing under the direction of German firms, with Turkey and Norway participating and providing support.

The system consists of 3 parts: the Launch Container, the Missile, and the Control System.

The 2.8-meter-long missile has an 18-cm diameter, a weight of 140 kg, and a range of 20 kilometers. The missile’s multi-purpose warhead, weighing 20 kg, allows active engagement against air, sea, and land targets. After leaving the surface, the missile accelerates to 0.7 mach subsonic speed and engages the target. It means that the missile will reach the target in a maximum of 85 seconds.

The primary target of the missile is ASW helicopters and other low-speed aircraft that pose a threat to the submarine. The submarine determines or estimates the bearing and distance of the helicopter that poses a threat in the air by using the received signals via active or passive sonar detection systems. The ripple effect of the helicopter blades on the surface of the water, the acoustic signals of the active-depth sonar submerged by the helicopter, or any other indication can be used to make this determination. Engagement necessitates no additional knowledge or effort. The IDAS System is ready for operation in seconds after submarine personnel detects a potential threat. Then, a hydraulic-mechanical force propels the guided missile from the torpedo tube.

After the missile has exited the torpedo tube and reached a safe distance, the single-stage solid-propellant rocket engine is ignited. The missile rotates towards its target bearing in the water and continues on its way to the surface. Then, with the help of a booster, it pierces the water and rises to cruise altitude. Immediately after leaving the surface, the guided missile’s wings are opened for flight control purposes.

The IIR seeker moves towards the target after detecting it. The fiber optic link transmits snapshots from the missile head to the operator’s screen in real-time. The operator validates the target selected by the homing head and can intervene at any time during the missile’s flight. For example, the operator can change the target or cancel the mission at any time. It may also prefer an autonomous attack that does not interfere with the missile’s flight, and the fiber optic link is finally used to assess target damage.

IDAS can be used effectively in any situation where torpedoes or cruise missiles are ineffective or not cost-effective. IDAS, which is currently in development, will be the world’s first submarine missile to be used against air targets from a submerged submarine and fired directly from a torpedo tube without the use of a canister. The project is expected to be finished in 2022.

Check out Naval Library App to find out the specifications of the IDAS.