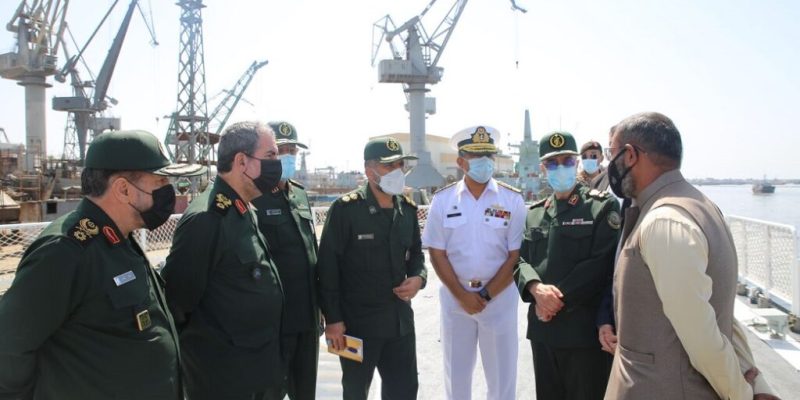 During Iran’s Chief of Staff’s visit to the shipyards in Karachi last week, the two countries agreed to collaborate closely on the building and maintenance of ships and submarines.

A report published by IRNA stated that during a meeting and consultations between the Chief of General Staff of the Iranian Armed Forces and navy authorities deployed in Karachi, the two sides agreed that only neighbours can assure regional security.

While in Karachi, General Sardar Bagheri held talks with Commander of the South Atlantic Fleet and Commander of the Pakistani Navy. The discussions focused on marine security along their shared maritime borders, joint drills and reciprocal visits to each other’s ports.

Also agreed upon was mutual training in a variety of areas, the sharing and exchanging of marine experiences, and the reduction of obstacles in the battle against narcotics and maritime terrorism.

As a result, they decided that bilateral relations in the fields of student exchange and educational concerns would be strengthened and that Pakistan would be requested to collaborate with the Iranian Maritime Security Center in Chabahar, which will be officially established shortly.

Check out Naval Library App to find out more about the specifications of the Iranian Navy assets.