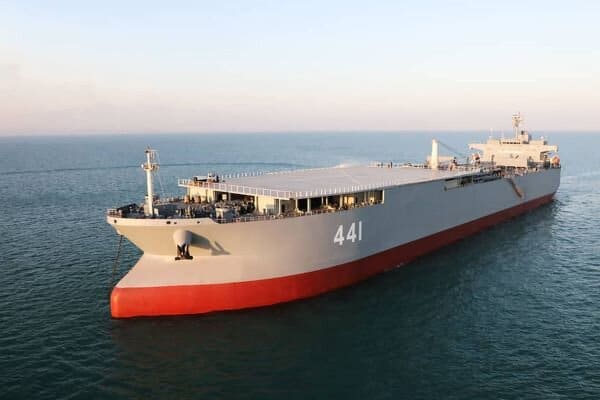 The commander of the Iranian Navy, Hossein Khanzadi, has said that the presence of its vessels in the Atlantic Ocean “is a response to the US claims that Iran would never be able to have a presence in the Atlantic.”

Reports emerged in May that Iran was dispatching two naval vessels, Logistic Support Vessel “Makran” and Frigate “Sahand”, to the Western hemisphere and an Iranian official confirmed the destination as Venezuela on June 1. The vessels might be carrying missiles and possibly speed boats to Venezuela according to an arms agreement made last year.

“While Americans are present some 12 miles off Iranian waters, they are afraid of Iran’s naval fleet in the Atlantic that is sailing 5,000 miles far from US,” added Khanzadi.

Makran logistics ship carries 110,000 tons of fuel and can stay in waters for 10 years without the need for refueling, he said, adding that the ship is equipped with an advanced water desalination system and hence can provide a persistent presence of naval fleet in open waters.

The Biden administration told Venezuela and Cuba not to allow the ships, to dock at their ports, Politico reported on June 9.

It is not clear exactly where the vessels are, but they have sailed into the Atlantic Ocean.

Khanzadi who was speaking on television July 10 said the presence of Iran’s navy ships in the waters of the Atlantic are worrying the United States. He seemed to be referring to the symbolic value of the move rather than a military threat.

Iran barely has an ocean-going navy as it has not been able to acquire significant warships from naval powers and has attempted to build or convert commercial vessels as warships.

Check out Naval Library App to learn more about the specifications of the Iranian Naval Assets.