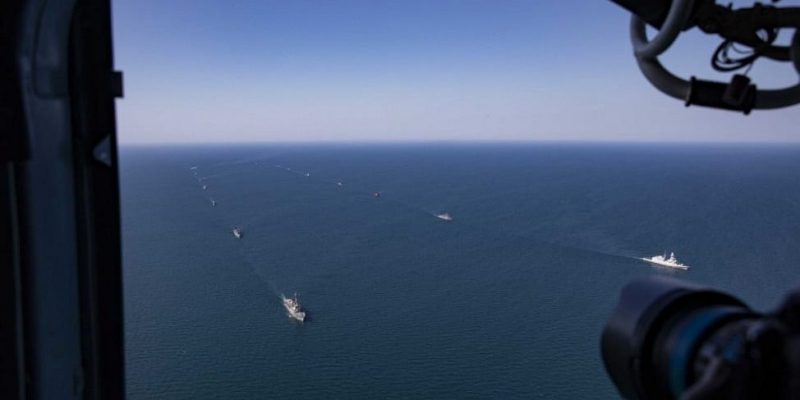 Cohosted by the U.S. and Ukraine, the multinational joint exercise Sea Breeze 2021 concluded on July 10. The exercise was kicked off on June 28.

“Ships from Exercise Sea Breeze-2021 have returned to Odesa for their final brief! Job well done! Tomorrow the exercise will be officially over and the ships will be headed to Bulgarian lead exercise Breeze!” the official Twitter account of Sea Breeze exercise tweeted.

The 20th iteration of the exercises hosted the largest-ever attendance that involved including 32 countries from six continents, 5,000 troops, 32 ships, 40 aircraft, and 18 special operation and dive teams.

“Sea Breeze 2021 demonstrates unity in confronting military threats being increased in the Black Sea region due to its militarization and aggressive actions by the Russian Federation. This shows everyone that we will not allow the restriction of freedom of navigation in the Black Sea and usurpation of the sovereign right of Ukraine as a coastal state,” Zelensky said.

The 13-day annual exercise began just after Russia claimed on June 23 that it fired warning shots and dropped bombs in the path of the British destroyer HMS Defender to force it to change course from the Crimean city of Sevastopol. Although Sea Breeze 2021 has proceeded without incident, tensions remain strained between Moscow and NATO.

Check out Naval Library App to learn more about the specifications of the participant assets.

Iran’s Navy Chief: Iran’s presence in the Atlantic is a response to the US’ claims