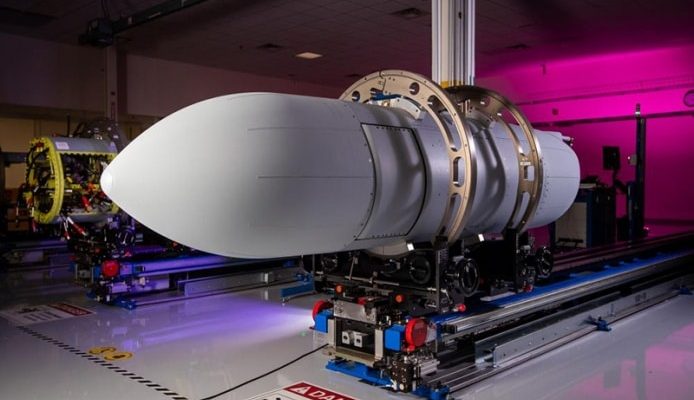 The contract advances the Jammer Mid-Band program from the development stage to the production and deployment phases, the company announced July 8.

“With its power and ability to jam multiple radars simultaneously, NGJ-MB will fundamentally change the way the Navy conducts airborne electronic attack,” Annabel Flores, vice president of Electronic Warfare Systems for Raytheon Intelligence and Space, said in a statement.

Check out Naval Library App to learn more about the specifications of the EA-18 Growler Aircraft.

Italian Navy decommissions ITS Espero after 36 years of service