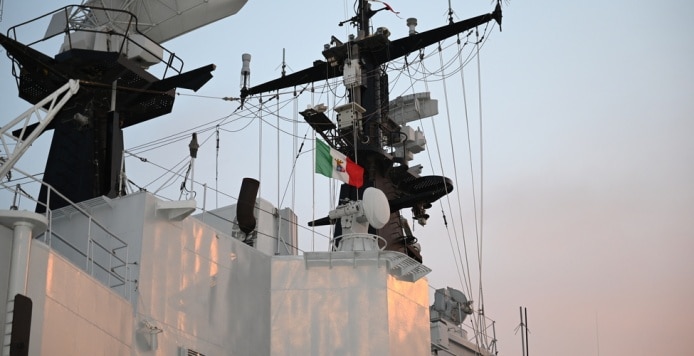 Italian Navy decommissioned 36-year-old Maestrale class frigate ITS Espero on June 30, 2021, with a ceremony held at Naval Base in Taranto.

Espero (F 576) is the seventh ship of the Maestrale-class frigate of the Italian Navy. She was laid down on 1 August 1982 and launched on 19 November 1983 by Fincantieri shipyards. Commissioned on 4 May 1985 with the hull number F 576.

The Maestrale-class frigates were primarily designed for anti-submarine warfare (ASW), however, the ships are highly flexible so they are also capable of anti-air and anti-surface operations. Ships of this class have been widely used in various international missions, either under NATO or UN flag and during normal operations of the Italian Navy.

Seventh of the eight frigates of the Maestrale class, ITS Espero had played a fundamental role in many of the main international missions and operations with a total of 675,000 nautical miles traveled about 31 times the length equator.

Check out Naval Library App to learn more about the specifications of the Maestrale Class Frigates.