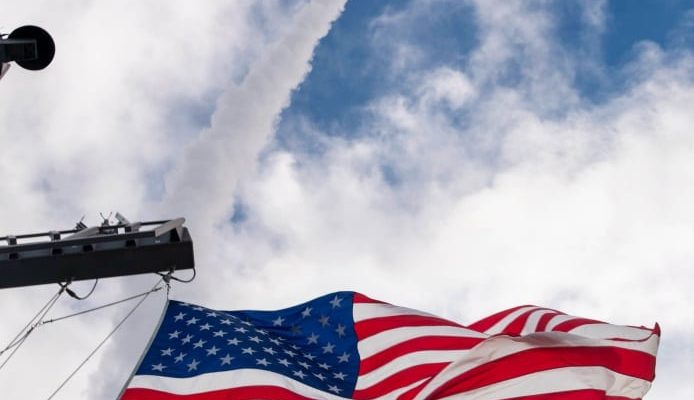 Maritime forces from Australia, Japan, Republic of Korea, and the United States met in the waters off the eastern coast of Australia to conduct cooperative maritime exercise Pacific Vanguard (PACVAN) 2021 beginning July 5.

The Royal Australian Navy is hosting this year’s exercise, demonstrating shared trust and cooperation amongst the four nations. PACVAN is an opportunity for the four Indo-Pacific navies to strengthen their skills in maritime operations including anti-submarine warfare, air warfare, live-fire missile events, and advanced maneuvering scenarios.

“Exercise Pacific Vanguard builds on the strong and longstanding relationship between the Royal Australian and United States navies and reflects our shared commitment to robust navy-to-navy relationships across the region,” said Cmdr. Aaron Cox, commanding officer, HMAS Brisbane. “Our fleet has enjoyed multiple chances to work with the United States Navy this year and the crew of Brisbane is eager to test their skills with USS Rafael Peralta and show how our capabilities combine.”

Representing the U.S. Navy is the newest addition to Destroyer Squadron (DESRON) 15, Arleigh Burke-class guided-missile destroyer USS Raphael Peralta (DDG 115).”Pacific Vanguard gives the U.S. and its allies a venue for high-end training that will contribute to our ability to effectively work together to face current and future threats,” said Cmdr. J. J. Murawski, commanding officer, USS Rafael Peralta. “Continuing to develop the bonds between each of our navies and our ability to operate together will help to ensure the stability of the Indo-Pacific region.”

“Pacific Vanguard 2021 is a high-end joint-action exercise against complicated high-risk threats to preserve stability and freedom of access to the global commons,” said Capt. Hirai Katsuhide, commander, JMSDF Escort Division 1. “It is a great honor to conduct this exercise with the enormous support of our host country Australia. This exercise enhances cooperation between all participants and contributes to the peace and stability of the Indo-Pacific region toward the realization of a Free and Open Indo-Pacific.”

Check out Naval Library App to learn more about the specifications of the participant units.

Italian Navy decommissions ITS Espero after 36 years of service

By admin24 hours ago20 views