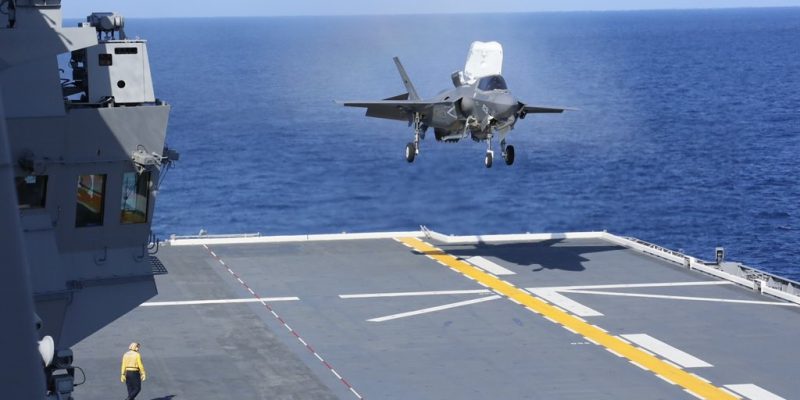 The trials are reportedly taking place in the Pacific Ocean southeast of the smallest of Japan’s home islands, Shikoku, and Izumo will collaborate with an undisclosed number of US Marine Corps F-35Bs based at Iwakuni, near Hiroshima, where two USMC F-35B squadrons are stationed, according to reports. Uncertainty exists as to whether the aircraft were embarked at Iwakuni or whether they will fly out to the vessel and back in during the trials.

Japan has expressed a need for 42 F-35Bs and is retrofitting Izumo and sister ship Kaga with a redesigned deck and new coatings, aircraft handling equipment, fuel and weapons bunkering, and air traffic control systems to handle the F-35B. The ships’ modifications are expected to be finished by 2026.

Check out Naval Library App to find out more about the specifications of the Japanese helicopter carriers.