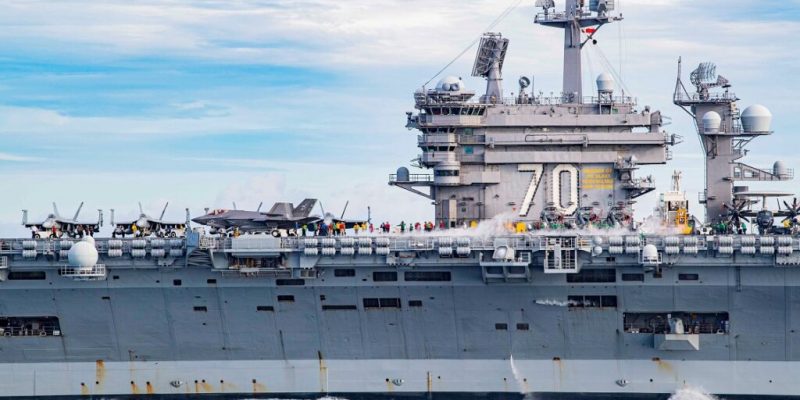 The US Navy announced that the Carl Vinson Carrier Strike Group (VINCSG) participated in two days of bilateral maritime exercises in the Philippine Sea with the Japan Maritime Self-Defense Force (JMSDF) from Aug. 31 to Sept. 1.

The exercises were designed to address common maritime security priorities and concerns, enhance interoperability and communication, and strengthen enduring relationships.

“The Carl Vinson Carrier Strike Group is honoured to participate in these bilateral exercises with our allies from the Japan Maritime Self-Defense Force,” said Rear Adm. Dan Martin, commander, Carrier Strike Group (CSG) 1. “It’s this seamless coordination between regional allies and partners that provides the most effective deterrent against aggression and best underwrites regional peace and stability. Together, we continue to be forward-leaning forces capable of sustaining fleet readiness in the Indo-Pacific.”

The U.S. Navy and JMSDF fly, sail and operate together with other allies and partners regularly to preserve a free and open Indo-Pacific. Bilateral exercises strengthen the U.S. Navy’s alliances and partnerships to fortify mutual maritime security and support stability in the Indo-Pacific region.

The U.S.-Japan Alliance has been the cornerstone of stability and security in the Indo-Pacific for more than 60 years and will continue to play a vital role regionally.

Check out Naval Library App to find out the specifications of USS Carl Vinson.