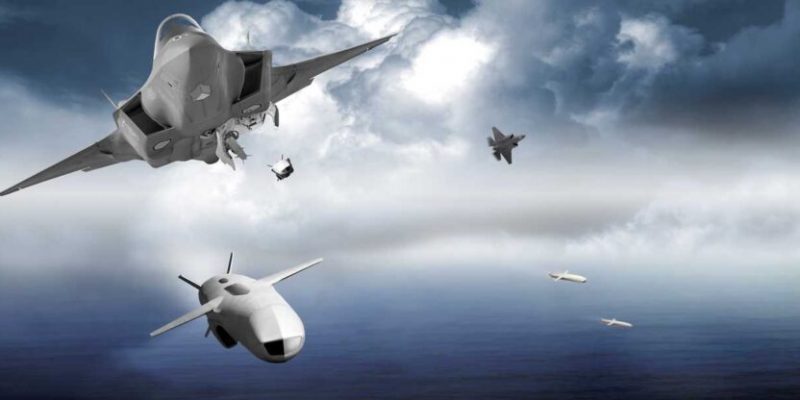 The Joint Strike Missile (JSM), an air-launched multi-role version of the Naval Strike Missile, is one of the two missiles in its class compatible with the F-35’s internal weapon bays in the world. Moreover, it has suitable sizes for the weapon bays of the F-35 Lightning II. The JSM is still not operational, but it will be one of the two proper missile sizes for the weapon bays of this aircraft. The other system is the Turkish SOM-J. Norway funds this JSM development program with Australia.

The F-35 will carry two of these in its internal bays and two additional missiles externally. It has a two-way communications line so that the JSM can communicate with the command centre or other missiles in the air. Unlike the NSM, the JSM would reach the maximum range of over 185 kilometres in low-low-low flight profile and over 560 kilometres in hi-hi-low flight profile. The dimension of the missile is also different from its ship-launched version. The 4-meter long JSM has a stowed wingspan of 0.48 meters. It can be equipped with a 375-kilogram warhead. But in this case, the maximum range of the missile reduces to 370 kilometres.

Joint Strike Missile to be operational by 2025

After completing the development phase, the first test fire was conducted from an F-16 Fighting Falcon in 2018. Kongsberg Defense &amp; Aerospace and project partner Lockheed Martin aims to complete the necessary software updates using the F-35 Lightning II by 2021. If everything goes as planned, the JSM would be operational by 2025. Japan and Norway have already ordered the JSM. Australia, South Korea, the UK, and the USA have announced their interest in this missile for use with their F-35s.

Effect on the power balance in the region

Japan’s acquirement of JSM is something that deserves special attention. After the Second Cold War, the Allies had constitutionally banned Japan from possessing guided land-attack missiles. So, Japan Air Self-Defense Force had only a limited amount of precision-guided bombs. However, after 2017, the USA has lifted this ban. In addition, Japan Air Self-Defense Forces have two important airbases on the Kyushu Island; Nyutabaru Airbase and Tsuiki Airfield.

Also, there is one big airbase of Japan’s Maritime Self-Defense Forces on the island, Kanoya Airfield. The F-35s took off from these bases, can reach a suitable range to attack all main naval facilities of the East Sea Fleet of the Chinese Navy without any radar detection with the JSMs. The same situation is also possible for the Japanese Lightning IIs to take off Chitose and Misawa airbases against the Russian Navy. That’s why Japan’s JSM acquirement is necessary enough to change the balances in the region.

The Western Pacific is the hottest region of the Second Cold War in the seas. Japan and the USA, which see this region as a priority security area, have advanced missile design and production capabilities. Interestingly, these two countries prefer NSM and JSM instead of developing a new system. Even this fact is proof of how successful NSM and JSM are with their superior features. It would not be a prophecy to say that the JSM will also be preferred by many F-35 users in the future and will be used in many vital conflicts.

Check out Naval Library App to find out the specifications of the Joint Strike Missile.

By OTC8 hours ago4 views