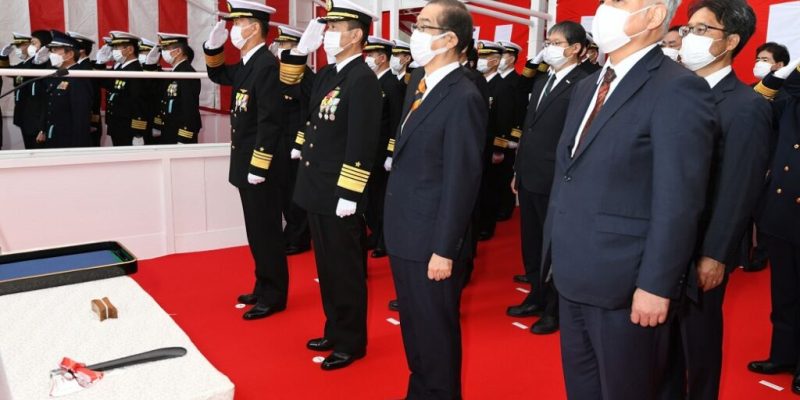 Kawasaki Heavy Industries, Ltd. hosted a ceremony to celebrate the launch of the submarine Hakugei (means White Whale) at its Kobe Works’ No.1 Building Berth on 14 October, KHI announced with a press release.

A group of top Japanese Ministry of Defence officials attended the occasion.

Hakugei’s construction began in January 2019, and it is slated to be handed to the Japanese Maritime Self-Defense Forces (JMSDF) Navy in March 2023.

The submarine is the second of the Taigei class and the 30th produced at the Kawasaki Kobe shipyard following WWII.

It has a high water pressure resistance performance due to the use of high strength steel for its pressure hull, as well as enhanced underwater operations and propulsion performance due to the use of an X-rudder. It also has lithium-ion battery systems for better underwater endurance, a range of automated systems, expanded surveillance capabilities employing high-performance sonar, increased stealth, enhanced safety measures, and female-only amenities.

Hakugei is a 3000-ton diesel-electric submarine powered by lithium-ion batteries. It is 84 meters in length and 9.1 meters in width. Seventy submariners will operate the submarine.

Check out Naval Library App to find out more about the specifications of the Taigei-class submarines.