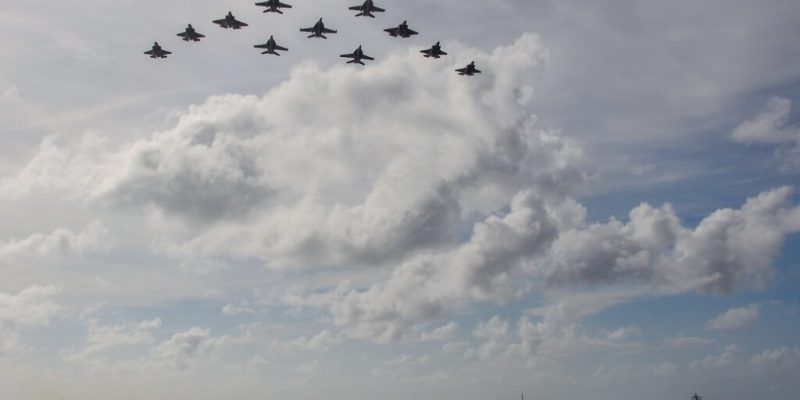 Over 15,000 Sailors from six countries participated in the integrated at-sea operations, which demonstrated the United States Navy’s capacity to collaborate closely with its unrivalled network of alliances and partnerships in support of a free and open Indo-Pacific.

For the first time during its 2021 deployment, CSG 5 from Ronald Reagan is collaborating with CSG 1 from the Carl Vinson, and this is the group’s second time collaborating with the United Kingdom’s Carrier Strike Group 21 and JS Ise this year.

“We are picking up right where we left off in 5th Fleet with the Queen Elizabeth team and building on what we started with the JMSDF after first leaving Japan,” said Rear Adm. Will Pennington, commander, Carrier Strike Group 5/Task Force 70. “Adding the fantastic Vinson team to this potent force dynamically displays our capabilities across all domains, keeping us ready to respond to a range of maritime challenges.”

Check out Naval Library App to find out more about the specifications of the Arleigh Burke-class submarines.