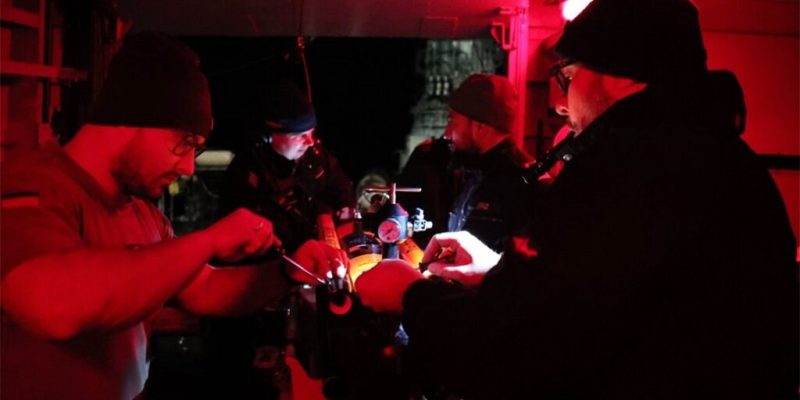 Annual Historical Ordnance Disposal operation named Beneficial Cooperation was carried out to reduce the risk posed by explosives from World War II that are still present in the underwater domain of the North Sea. The Royal Netherlands Navy collaborates with the Belgian Navy in keeping the sea, coastal waters, ports, and maritime approaches free of mines and explosives. A large number of explosives dating from the First and Second World Wars are still found on a regular basis off the coasts of Belgium and the Netherlands.

Operations began off the coast of the Netherlands on 13 October.

Operation Beneficial Cooperation was the first MCM operation of SNMCMG1 under the Polish command. The main aim of sea activity in that region was to reduce the risk from live ordnance to shipping and fishery in the North Sea. In order to ensure freedom of navigation for the seafarers, the Group commenced mine clearance operations to find and countermine underwater explosives remaining from WWII within allocated areas

“Doing something wrong and evil, like bombing and mining, always has come easy and fast, because it is a part of human nature,” said Commander of SNMCMG1, Cmdr. Michal Dziugal of the Polish Navy. “Doing something good always requires effort and time. During Beneficial Cooperation this year, in very challenging, even marginal weather and sea conditions, we identified a couple of unexploded explosive ordnance and disposed of one of them. It is not much, but still, it is something good, as every small step on a route to safety still counts.”

At the beginning of the operation, there were 16 UXO’s objects reported in the area by fishermen, cable-layers, survey vessels etc. At the start, the Task Group was supported by the Netherlands minehunter HNLMS Zierikzee, operating in the same area. This cooperation led to multiplying the effort done and increasing the efficiency of all mine countermeasure activity in support of common safety.

Then during the weekend, all SNMCMG1 units took advantage of a scheduled port visit in Amsterdam for resupply and rest. The operation resumed on 18 October, with countermining of an air bomb (size 120x40cm), lying dormant on the bottom near the sea route leading to Amsterdam harbor. It was executed by Netherlands minehunter HNLMS Vlaardingen within marginal sea and weather conditions, which shows the readiness and ability of the group to bring safety in very demanding scenarios.

“North Sea is a challenging area for MCM operations and it has been proven again,” said SNMCMG1 Mine Warfare Officer Lt. Norbert Sigiel from the Polish Navy. “Weather, as well as sea state and currents, were hampering our efforts. Nevertheless working in tough conditions gave good training for the units. It allowed us to gain experience one more time, and confirmed that we are always ready to face the threat.”

As a NATO standing response force consisting of minehunters from different nations, SNMCMG1 is continuously ready at short notice to bring the capabilities, skills, and expertise to clear underwater explosives and make the world a safer place.

The series of Beneficial Cooperation operations were initiated by the tragic event in 2005 when a fishing vessel pulled in a mine onto its hull. Despite the fact, the mine was more than sixty years old, it exploded killing three and wounding several other crewmembers. It is estimated that tens of thousands of mines and bombs are still scattered across the seabed of the North Sea. Live ordnance, scattered across the seabed, still poses a threat to those who work at sea.

Throughout the year, the positions of the UXO’s are being reported by sea users, like fishermen, cable-layers, divers, and other vessels to Belgian and the Netherland’s authorities and later neutralized during Beneficial Cooperation by minehunters, if they are positively identified as a threat to mariners.

Check out Naval Library App to find out more about the specifications of the SNMCMG1 assets.