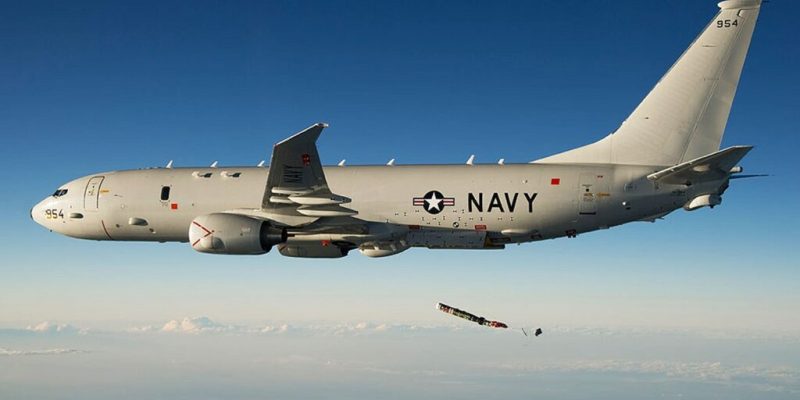 The aircraft, which can control large areas much more effectively than surface ships, is one of the indispensables of modern navies. The P-8 Poseidon will undertake essential tasks in the air control of the seas for the next 50 years. Although the P-8 has significant advantages over the P-3 Orion it replaces, can it be described as representing the new generation of marine patrol aircraft?

Many countries with a coast to the Indian Ocean have begun to take submarines into their inventory that they did not have before. All factors increased the importance of the maritime patrol aircraft like the P-8, which had fallen into the background with the end of the Cold War. Just before that, to replace the P-3s, the U.S. Navy required a new aircraft.

However, after the collapse of the Soviet Empire, the Western world, which gained its dominance in the seas, had not witnessed any significant development in this area for a long time. Because of the changing mission definition with the end of the Cold War, the program progressed slowly. In 2000, the USA asked Boeing and Lockheed Martin to design a new aircraft with superior maritime patrol, command, control, electronic intelligence gathering, and ground attack capabilities than the P-3.

In 2004, Boeing became the winner of the program with the P-8 Poseidon. The aircraft performed its maiden flight on April 25, 2009. Three years later, the first production, P-8A, was delivered to the U.S. Navy. In addition to the USA, the aircraft is already preferred by Australia, India, New Zealand, Norway, South Korea, and the U.K. Germany recently signed a deal with Boeing for P-8A Poseidon MPAs.

The nine-man crew of the P-8A Poseidon consists of a pilot, co-pilot, and seven mission system operators. The aircraft has nearly 39.5 meters in length, 37.6 meters wingspan, and 13 meters in height. Its empty weight is about 62.7 tons, while its maximum take-off weight is about 85.1 tons. Two 120.1 kilonewton CFM56-7B27A turbofan engines provide nearly 900 kilometers per hour full speed. The aircraft can climb an altitude of 12,500 meters.

The P-8A has five internal bays and six external hardpoints for Harpoon anti-ship missiles, Mk 54 torpedoes, mines, and depth charges. Except for the I versions for India, the P-8s do not have a magnetic anomaly detector(MAD). A mass of ferromagnetic material, such as a submarine, creates a detectable disturbance in the Earth’s magnetic field. MAD is a tool that can detect this ailment, so it is incredibly effective for finding a submerged submarine.

The U.S. Navy claims that the acoustic sensor system of the aircraft is reportedly more effective at acoustic tracking, and thus lacking a MAD won’t impede its detection capabilities. However, it is reported that the U.S. Navy is developing a variant of an unmanned aerial vehicle, called the High-Altitude Unmanned Targeting Air System, which can carry a MAD sensor and transmit its findings back up to the P-8.

The Poseidon can already operate in conjunction with the MQ-4C Triton maritime surveillance unmanned aerial vehicle. The AN/APY-10 radar of the aircraft can detect an object with a cross-sectional area of 54 square meters in sea state 3. It can also see an object with a cross-sectional radar area of 10,000 square meters from a range of 370 kilometers. The radar allows tracking 256 targets simultaneously, including small ones such as periscope.

The APS-149 Littoral Surveillance Radar System of the P-8 will be replaced by the Advanced Airborne Sensor, shortly AAS, radar designed to provide multi-function moving target detection and tracking and high-resolution ground mapping standoff range covering land, littoral, and water areas. With near 360-degree coverage, it has a double-sided active electronically scanned array radar which contains a moving target indicator, synthetic aperture radar, and inverse synthetic aperture radar. Synthetic-aperture radar can create two-dimensional images or three-dimensional reconstructions of objects. Inverse synthetic aperture radar is a radar technique using radar imaging to generate a two-dimensional high-resolution image of a target. It has a significant role aboard maritime patrol aircraft to provide them with radar images of sufficient quality to be used for target recognition purposes.

Moving target indication is a mode of radar operation to discriminate a target against the clutter and find moving objects. Thus, the AAS can scan, detect, map, track, and classify targets nearly simultaneously on land and at sea at the same time. The radar can profile vessels from a long distance and generate satisfactory resolution without relying on optical sensors, especially during daytime and in adverse weather conditions. It is claimed that the AAS is sensitive enough to pick up a formation of people moving over open terrain.

It is helpful to make a note here. The use of maritime patrol aircraft on land is not a new situation. In 1987, a single Atlantique was operated by France as an airborne headquarters during Opération Épervier, the French intervention against Libyan military units which had been deployed into neighboring Chad. Also, during the 1999 Kosovo War, France used these aircraft for surveillance missions over Serbia. Even in 2013, French Navy Atlantique-2s dropped laser-guided GBU-12 bombs on jihadist militants in Mali. In 2015, these aircraft bombed ISIL targets in Syria.

Like Atlantiques, the US P-3s were used for battlespace surveillance on land over Iraq in the late 1990s and early 2000s. Also, the Pakistani Orions conducted the same mission during the Kargil conflict. But, of course, there are so many other examples. First, but briefly, the use of maritime patrol aircraft on land is increasing day by day. The USA realized this situation and demanded that the ground observation ability of the plane was high during the development of the P-8s.

The U.S. Navy has already been using the Boeing 737-based C-40 Clipper, bringing a significant logistical advantage. It also applies to other P-8 users. For example, Australia, South Korea, and the UK are users of the E-7 early warning and command aircraft, Boeing 737-based. The thriving commercial airliner Boeing 737 was not used as a military maritime patrol aircraft for the first time. Before the P-8, in 1982, Indonesia modified three Boeing 737s for this mission due to hinder pirate activities. However, unlike the Poseidon, these planes, called Boeing 737-2X9 Surveiller or Punuk, do not have a weapon capacity. Apart from military users, five airlines in Australia, India, New Zealand, Norway, South Korea U.K., and the USA. Considering these numbers and the global success of the Boeing 737, the P-8 is one of the most accessible maintainable military aircraft in the world, providing easy access to spare parts and technical personnel.

But it is too big for many countries that do not have a coast to the oceans and are interested in procuring new sea patrol aircraft. So, despite the apparent advantages of the P-8A Poseidon, they would prefer the smallest platform based on light cargo aircraft, regional airliners, or business jets. The P-8A Poseidon is not a new generation maritime patrol aircraft. It’s just a successful promising old airliner equipped with next-generation electronic and combat systems. These new generation electronic systems can also be integrated into many different aircraft. So, they can also have the abilities of the P-8 by sacrificing a bit of combat radius and weapon carrying capacities.

Check out Naval Library App to learn more about the specifications of P-8 Poseidon Aircraft.

A new way to enable video key moments in Search

By OTC5 days ago19 views

By OTC6 days ago25 views

By OTC7 days ago29 views