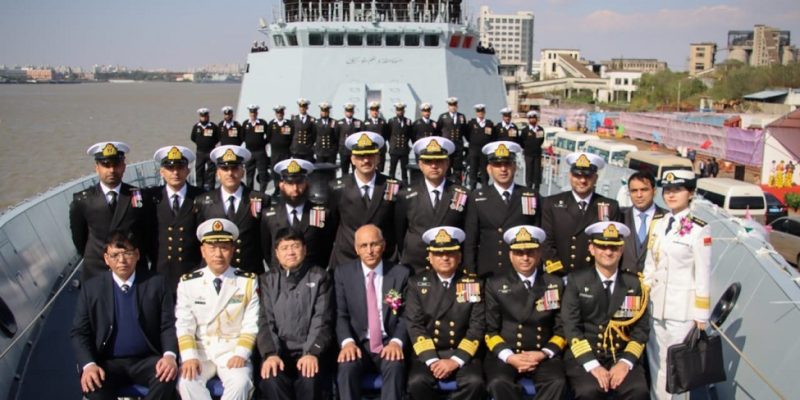 The Type 054A/P frigate, which is outfitted with cutting-edge combat management and an electronic warfare system, as well as advanced self-defense capabilities, can carry out a number of naval warfare operations in a highly intense multi-threat environment, according to a Pakistani statement.

According to CSSC, the frigate is the largest and most advanced warship China has ever exported.

The completion and the delivery of the vessel is another major achievement of the China-Pakistan friendship, and will further enhance the all-weather strategic cooperative partnership between the two countries, the Chinese shipbuilding company said in the statement.

The delivery of the frigate also serves as a milestone in expanding the influence of Chinese vessels as products and boosting their competitiveness in the international market, CSSC said.

The Type 054A/P displaces at 4,200 tons. It was designed as a multi-mission platform capable of anti-ship warfare (AShW), anti-submarine warfare (ASW), and anti-air warfare (AAW). It currently serves as the mainstay frigate of China’s People’s Liberation Army Navy (PLAN), which operates 30 Type 054As.

The ships Pakistan is getting are similar to their PLAN counterparts, except they make use of export-grade versions of key subsystems and weapons. Pakistan’s Type 054A/Ps will house a 32-cell vertical launch system (VLS) carrying the LY-80N medium-range surface-to-air missile (SAM), two triple ASW torpedo tubes, and a possibly different AShW capability.

Official illustrations of the Type 054A/P in 2018 showed either a two-by-three or two-by-two cell suite for anti-ship cruising missiles (ASCM). This modification could be for compatibility with Pakistan’s locally manufactured ‘Harbah’ dual-ASCM/land-attack cruise missiles (LACM). If derived from the Babur LACM (which is likely), the Harbah ASCM/LACM should have a range of 450 km to 700 km-plus.

Check out Naval Library App to learn more about the specifications of Type 054 A/P Class Frigates.

Babcock, Elbit UK, and QinetiQ to supply EW capabilities to the Royal Navy