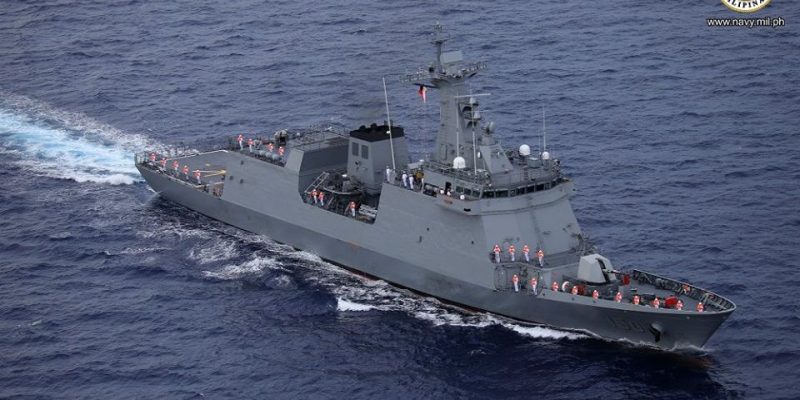 The Philippines has received its first-ever surface-to-air missiles, which will be deployed on the country’s two missile-capable frigates, according to domestic media outlets.

Surface-to-air missiles known as Mistral 3 were delivered to the Subic Bay International Airport on October 8 in preparation for deployment on the Philippine Navy frigates BRP Jose Rizal and BRP Antonio Luna.

In a statement, Commander Benjo Negranza, director of the Philippine Navy’s naval public affairs office, stated, “The arrival of these missiles will substantially enhance the capability of our frigates in the performance of their maritime operations.”

Vice Admiral Adeluis Bordado, the flag officer in command of the Philippine Navy, stated that this is the first time the country has acquired such a type of missile system.

“This is a game-changer,” says the author. “We are evolving into a more modern and multi-capable organization,” Bordado remarked.

According to a report published by the Asia Pacific Defense Journal, the Philippine Navy purchased the missiles for a total of 10.69 million euros through a negotiated agreement with the French missiles business MBDA.

The Armed Forces of the Philippines (AFP) also expressed their delight at the arrival of the new missiles in the country.

A spokesperson for the Armed Forces of the Philippines (AFP), Col. Ramon Zagala, said that the acquisition of missile systems is a cost-effective and dependable addition to a multi-layered defense system capable of denying enemy intrusion and discouraging future attacks by foreign threats.

Several Mistral surface-to-air missiles are expected to be fired from the Simbad-RC twin mount remote firing system onboard the two Navy frigates, which can be used to engage low-level aircraft or anti-ship missiles, according to the Navy.

Surface-to-air missiles called Mistrals are being purchased by the Philippine Navy as part of the Frigate Acquisition Project, which aims to upgrade the country’s naval force in order to improve the country’s maritime defense and development capabilities, according to the Navy.

Check out Naval Library App to find out more about the specifications of the Jose Rizal-class frigates.