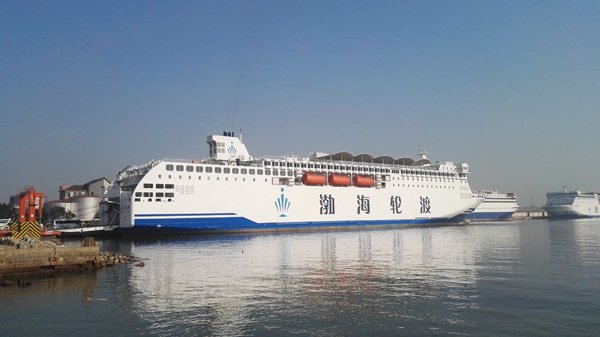 A Chinese People’s Liberation Army (PLA) amphibious unit recently conducted a series of cross-sea landing drills, in which the troops for the first time used a 10,000 ton-class civilian ferry ship. It is common that the PLA makes use of civilian ferry ships for similar exercises. But this time, the ship used was a large one with a displacement of more than 10,000 tons. The ship is owned by Bohai Ferry Group.

According to China Central Television (CCTV), an armored vehicle unit of an amphibious combined arms brigade connected with the PLA 73rd Group Army was transported by the civilian ship, during the long-distance troop transport drills.

According to the Bohai Ferry Group’s website, the Bohai Pearl ferry ship has a displacement of 24,000 tons, a length of 164 meters, and a width of 25 meters, and can transport more than 300 vehicles in three vehicle decks.

According to the CCTV report, the four-day exercises lay the groundwork for future planned cross-sea and multidimensional maneuvering by the forces.

Check out Naval Library App to find out the specifications of the PLA Navy Ships.