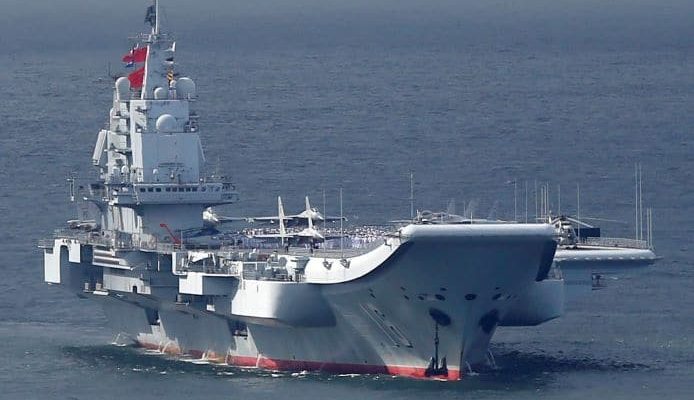 The Congressional Research Service report for “China Naval Modernization: Implications for U.S. Navy Capabilities—Background and Issues for Congress” was published on Aug 3, 2021. The summary of the report as follows.

In an era of renewed great power competition, China’s military modernization effort, including its naval modernization effort, has become the top focus of U.S. defense planning and budgeting. China’s navy, which China has been steadily modernizing for more than 25 years, since the early to mid-1990s, has become a formidable military force within China’s near-seas region, and it is conducting a growing number of operations in more-distant waters, including the broader waters of the Western Pacific, the Indian Ocean, and waters around Europe.

China’s naval modernization effort encompasses a wide array of ship, aircraft, and weapon acquisition programs, as well as improvements in maintenance and logistics, doctrine, personnel quality, education and training, and exercises. China’s navy has currently has certain limitations and weaknesses, and is working to overcome them.

China’s military modernization effort, including its naval modernization effort, is assessed as being aimed at developing capabilities for addressing the situation with Taiwan militarily if need be; for achieving a greater degree of control or domination over China’s near-seas region, particularly the South China Sea; for enforcing China’s view that it has the right to regulate foreign military activities in its 200-mile maritime exclusive economic zone (EEZ); for defending China’s commercial sea lines of communication (SLOCs), particularly those linking China to the Persian Gulf; for displacing U.S. influence in the Western Pacific; and for asserting China’s status as the leading regional power and a major world power.

Consistent with these goals, observers believe China wants its navy to be capable of acting as part of a Chinese anti-access/area-denial (A2/AD) force—a force that can deter U.S. intervention in a conflict in China’s near-seas region over Taiwan or some other issue, or failing that, delay the arrival or reduce the effectiveness of intervening U.S. forces. Additional missions for China’s navy include conducting maritime security (including antipiracy) operations, evacuating Chinese nationals from foreign countries when necessary, and conducting humanitarian assistance/disaster response (HA/DR) operations.

The U.S. Navy in recent years has taken a number of actions to counter China’s naval modernization effort. Among other things, the U.S. Navy has shifted a greater percentage of its fleet to the Pacific; assigned its most-capable new ships and aircraft and its best personnel to the Pacific; maintained or increased general presence operations, training and developmental exercises, and engagement and cooperation with allied and other navies in the Indo-Pacific; increased the planned future size of the Navy; initiated, increased, or accelerated numerous programs for developing new military technologies and acquiring new ships, aircraft, unmanned vehicles, and weapons; begun development of new operational concepts (i.e., new ways to employ Navy and Marine Corps forces) for countering Chinese maritime A2/AD forces; and signaled that the Navy in coming years will shift to a more-distributed fleet architecture that will feature a smaller portion of larger ships, a larger portion of smaller ships, and a substantially greater use of unmanned vehicles. The issue for Congress is whether the U.S. Navy is responding appropriately to China’s naval modernization effort.

Check out Naval Library App to find out more about the specifications of Chinese Assets.