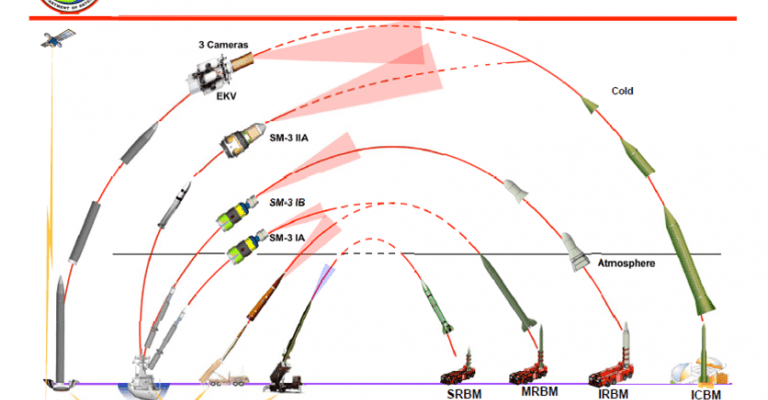 The updated Congressional Research Service report for “Navy Aegis Ballistic Missile Defense (BMD) Program: Background and Issues for Congress” was published on Aug 23, 2021. The summary of the report as follows.”

The Aegis ballistic missile defense (BMD) program, which is carried out by the Missile Defense Agency (MDA) and the Navy, gives Navy Aegis cruisers and destroyers a capability for conducting BMD operations. BMD-capable Aegis ships operate in European waters to defend Europe from potential ballistic missile attacks from countries such as Iran, and in the Western Pacific and the Persian Gulf to provide regional defense against potential ballistic missile attacks from countries such as North Korea and Iran. MDA’s FY2022 budget submission states that “by the end of FY 2022 there will be 48 total BMDS [BMD system] capable ships requiring maintenance support.”

Issues for Congress regarding the Aegis BMD program include the following:

 whether to approve, reject, or modify MDA’s annual procurement and research and development funding requests for the program;

 the impact of the COVID-19 pandemic on the execution of Aegis BMD program efforts;

 what role, if any, the Aegis BMD program should play in defending the U.S. homeland against attack from ICBMs;

 the burden that BMD operations may be placing on the Navy’s fleet of Aegis ships, and whether there are alternative ways to perform BMD missions now performed by U.S. Navy Aegis ships, such as establishing more Aegis Ashore sites;

 whether to procure and install an Aegis Ashore system on Guam;

 whether to convert the Aegis test facility in Hawaii into an operational land-based Aegis BMD site;

 the potential for ship-based lasers to contribute in coming years to Navy terminal-phase BMD operations and the impact this might eventually have on required numbers of ship-based BMD interceptor missiles; and

 technical risk and test and evaluation issues in the Aegis BMD program.

Check out Naval Library App to find out the specifications of the US Navy Ships.