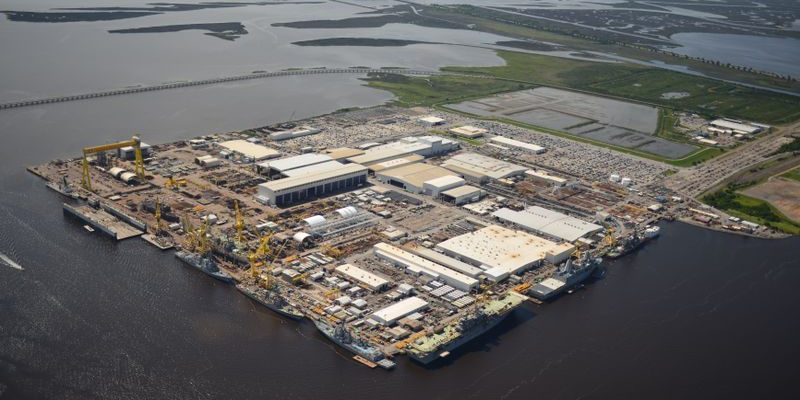 The Congressional Research Service report for “Navy Force Structure and Shipbuilding Plans:Background and Issues for Congress” was published on Sep 16, 2021. The summary of the report as follows.”

In December 2016, the U.S. Navy released a force-structure goal that calls for achieving and maintaining a fleet of 355 ships of certain types and numbers. The 355-ship goal was made U.S. policy by Section 1025 of the FY2018 National Defense Authorization Act. The U.S. Navy and the Department of Defense (DOD) have been working since 2019 to develop a successor for the 355-ship force-level goal. The new goal is expected to introduce a new, more distributed fleet architecture featuring a smaller proportion of larger ships, a larger proportion of smaller ships, and a new third tier of large unmanned vehicles (UVs).

On June 17, 2021, the U.S. Navy released a long-range Navy shipbuilding document that presents the Biden Administration’s emerging successor to the 355-ship force-level goal. The document calls for a U.S. Navy with a more distributed fleet architecture, including 321 to 372 manned ships and 77 to 140 large UVs. A September 2021 Congressional Budget Office (CBO) report estimates that the fleet envisioned in the document would cost an average of between $25.3 billion and $32.7 billion per year in constant FY2021 dollars to procure. These figures, the report states, are 10% to 43% higher the $22.9 billion in constant FY2021 dollars that Congress has appropriated, on average, for all U.S. Navy shipbuilding activities over the past five years.

The U.S. Navy’s proposed FY2022 budget requests the procurement of eight new ships, including two Virginia-class attack submarines (SSNs); one Arleigh Burke (DDG-51) class destroyer; one Constellation (FFG-62) class frigate; one John Lewis (TAO-205) class oiler; two TATS towing, salvage, and rescue ships; and one TAGOS(X) ocean surveillance ship. The total of eight new ships requested for FY2022 is one more than the total of seven new ships that were projected for FY2022 under the U.S. Navy’s FY2021 budget submission, about two less than steady-state replacement rate for a 355-ship Navy (which is about 10 ships per year), and four less than the 12 new ships shown in a long-range shipbuilding document that Trump Administration submitted on December 9, 2020.

Check out Naval Library App to find out the specifications of the US Navy Ships.

£170m investment for the next generation of Royal Navy submarines

By admin8 hours ago14 views

By admin9 hours ago15 views

By admin10 hours ago13 views

By admin2 days ago34 views