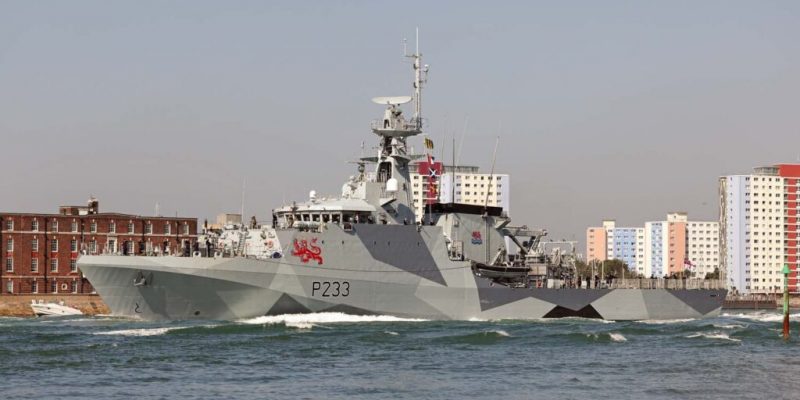 Patrol ships HMS Spey and Tamar have today begun their deployment to the Indo-Pacific region to bolster Britain’s presence in the region, the Royal Navy announced with a press release.

The two warships have sailed on a mission that will see them deployed across a vast area, from the eastern shores of Africa to the west coast of the USA, for the next five years.

Spey and Tamar will arrive in the Pacific on the back of the maiden deployment by HMS Queen Elizabeth and her strike group which have spent several months working alongside the UK’s allies and partners in the region.

They will act as the eyes and ears of the Navy – and nation – in the region, working alongside Britain’s allies, carrying out security patrols to deal with drug-running, smuggling, terrorism and other illegal activities, joining in exercises with other navies and armed forces, and flying the flag for Global Britain.

Their patrol area embraces both the Indian and Pacific oceans, extending as far north as the Bering Sea and south to the foot of Tasmania and New Zealand.

The crews will be joined by extra personnel – up to 52 Royal Marines or troops in a dedicated mess – or mission-specific equipment to deliver humanitarian aid or help with evacuations, depending on their mission, a versatility which makes the vessels “2,000-tonne Swiss Army knives”.

Each ship is crewed by 46 sailors, with half the crew trading places with shipmates from the UK every few weeks.

The sister ships are the last of five in the River class at the forefront of the Navy’s programme of deploying its vessels for several years at a time in key strategic regions of the globe.

HMS Forth patrols around the Falklands and South Atlantic, HMS Medway is part of the UK naval task group in the Caribbean and HMS Trent conducts security patrols of the Mediterranean and off West Africa.

Check out Naval Library App to find out the specifications of the River-class OPVs.

Ultra and Raytheon team up to support Hobart-class destroyers