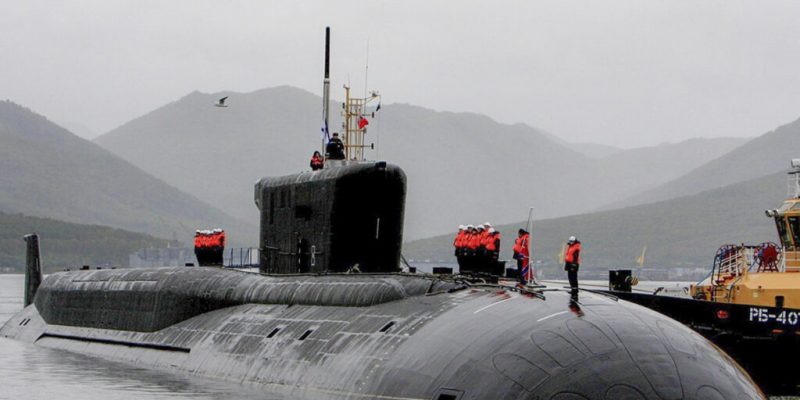 The Sevmash Shipyard in Russia’s northwest will lay down the improved Project 955A (Borei-A) strategic nuclear-powered missile-carrying submarines Dmitry Donskoi and Knyaz Potyomkin in May this year, a source in the domestic defense industry, Russia’s TASS agency reported.

“The strategic subs, the new Dmitry Donskoi, and the Knyaz Potyomkin will be laid down at the Sevmash by Victory Day on May 9, 2021,” the source specified.

There is no official confirmation for the claim.

The contract on the subs’ construction was signed in 2020. The submarines are scheduled to be delivered to the Russian Navy in 2026 and 2027. Each submarine will carry 16 Bulava intercontinental ballistic missiles (ICBMs).

The Project 941 Akula-class nuclear-powered submarine Dmitry Donskoi has long been called the world’s largest submarine is still operational in the Russian Navy. This sub was used to test-fire Bulava ICBMs.

The Russian Navy currently operates four Project 955/Project 955A strategic missile-carrying submarines. Project 955A submarine Knyaz Oleg is due to be delivered to the Navy this year. This project’s three more submarines are being built at the Sevmash Shipyard (part of Russia’s United Shipbuilding Corporation).

The Borei class, Russian designation Project 955 Borei and Project 955A Borei-A, also referred to as Dolgorukiy class, are series of nuclear-powered ballistic missile submarines being constructed by Sevmash for the Russian Navy.

The Borei submarines are approximately 170 meters long, 13 meters (43 ft) in diameter, and have a maximum submerged speed of at least 46 kilometers per hour (25 kts. They are equipped with a floating rescue chamber designed to fit in the whole crew. Smaller than the Typhoon class, the Boreis were initially reported to carry 12 missiles but are able to carry four more due to the decrease in mass of the 36-ton Bulava SLBM (a modified version of the Topol-M ICBM) over the originally proposed R-39UTTH Bark.

Units of Project 955A include improved communication and detection systems, improved acoustic signature, and have major structural changes such as the addition of all moving rudders and vertical endplates to the hydroplanes for higher maneuverability, and a different sail geometry. Besides, they are equipped with hydraulic jets and improved screws that allow them to sail at nearly 30 knots while submerged with minimal noise. Although first reported to carry 20 Bulava SLBMs, the 955A will be armed with 16 SLBMs with 6-10 nuclear warheads atop each, just like the project 955 submarines.

By OTC2 days ago6 views

By OTC7 days ago16 views

By OTC7 days ago17 views