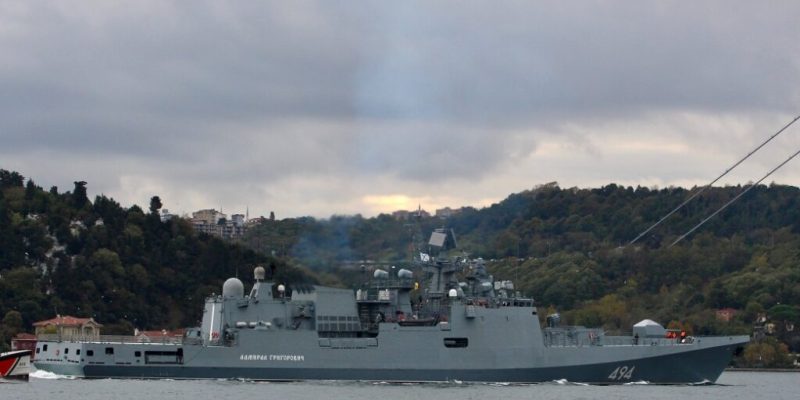 The Russian Black Sea Fleet’s Project 11356 frigate Admiral Grigorovich passed the Bosphorus enroute to the Mediterranean Sea, according to a statement released on Thursday by the Black Sea Fleet and ship spotters based in the vicinity of the strait.

“Admiral Grigorovich of the Black Sea Fleet is sailing to the Mediterranean Sea through the Bosphorus and Dardanelles Straits. The frigate is on its way from the Black Sea to the offshore marine zone” according to the statement.

The frigate will join the Russian Navy’s standing task force, replacing Admiral Essen, who has been posted to the Mediterranean Sea since August 2021.

Admiral Grigorovich is one of the new class of naval ships of the Project 11356R/M series (the Project 11357 designation is also used). These frigates are meant to destroy enemy surface ships, submarines, and ground facilities while also patrolling and defending maritime lanes.

Check out Naval Library App to find out more about the specifications of Project 11356R frigates.