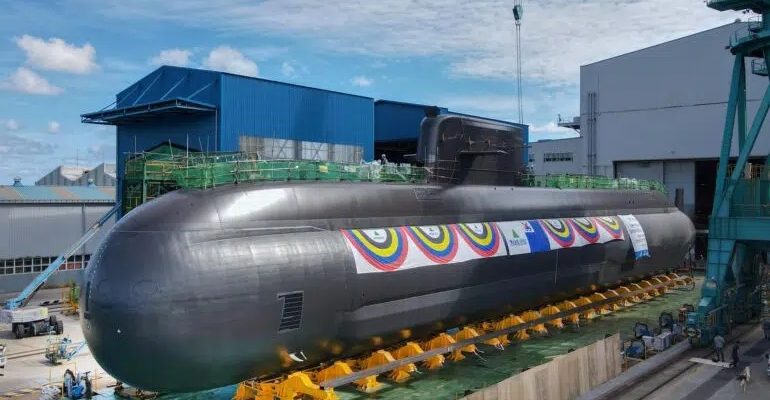 The Shin Chae-ho, a 3,000-ton submarine developed with indigenous technology by Hyundai Heavy Industries in Ulsan, was launched Tuesday (Sep.28) by the Republic of Korea Navy and Defense Acquisition Program Administration.

A launch ceremony for the new submarine, named after a prominent Korean independence activist, Shin Chae-ho, took place at the shipyard of Hyundai Heavy Industries Co. in the southeastern city of Ulsan.

Officials said the first Dosan Ahn Chang-ho submarine was launched in 2018 and deployed last month, while the second, the Ahn Mu, was launched in November of last year and is slated to be given to the Navy sometime next year.

South Korea revealed its first domestic SLBM earlier this month, reporting a successful test launch from the Dosan Ahn Chang-ho submarine. The class’s submarines are said to have six vertical landing tubes capable of firing SLBMs, according to officials.

The 83.5-meter-long, 9.6-meter-wide submarine can carry 50 crew members. According to officials, it can operate underwater for 20 days without surfacing.

Check out Naval Library App to find out more about the specifications of the KSS-III Submarines.

What is Cryptocurrency Mining Malware?