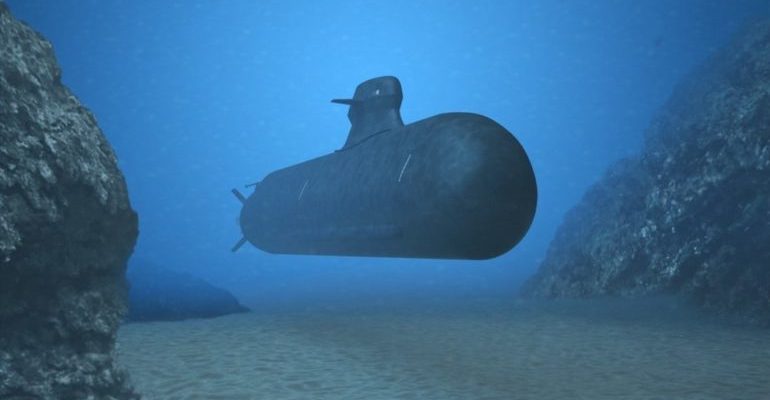 A new order from the Swedish Defence Material Administration (FMV) has been received today by Saab to continue the development and production of the two A26 Blekinge class submarines that Sweden had previously ordered from Saab, as well as to expand the capabilities of those submarines.

“Saab is currently constructing the world’s most advanced conventional submarine. The new capabilities that are to be added to the A26 will give an additional edge within the weapon system and stealth technology among other things. With support from Saab’s skilled employees and investments, the important industrial submarine capability in Sweden has been restored,” says Micael Johansson, Saab’s President and CEO.

The Blekinge-class submarine is the next generation of submarines developed by Kockums for the Swedish Navy. It is also referred to as the A26 type submarine in some circles.

According to Per Skantz, development coordinator at the Marine headquarters in Stockholm, the Gotland class was intended to be an improved version of the Gotland class, which will be considered obsolete around 2015–2017, based on current plans. The submarine would have a displacement of 1,900 tonnes and a crew of between 17 and 31 men, depending on the configuration.

The new submarine would be capable of operating in deep water, something that previous Swedish submarines have lacked. The submarine will be equipped with modified AIP Stirling propulsion as well as GHOST (Genuine HOlistic STealth) technology, which will allow it to operate in extremely quiet conditions. Also included in the design will be the ability to withstand significant shock loads from underwater explosions, as well as the ability to “Launch and recover vehicles” through its torpedo tubes. The sail of the submarine would be made primarily of the same material that was used in the construction of the Visby-class corvettes.

Check out Naval Library App to find out the specifications of the Blekinge-class submarines.