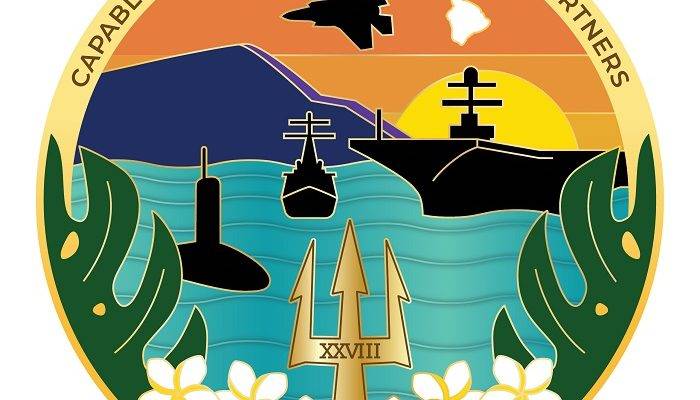 Twenty-six nations, 38 surface ships, four submarines, nine national land forces, more than 170 aircraft and approximately 25,000 personnel will participate in the biennial Rim of the Pacific (RIMPAC) exercise scheduled June 29 to Aug. 4, in and around the Hawaiian Islands and Southern California.

As the world’s largest international maritime exercise, RIMPAC provides a unique training opportunity designed to foster and sustain cooperative relationships that are critical to ensuring the safety of sea lanes and security on the world’s interconnected oceans.

Hosted by Commander, U.S. Pacific Fleet, RIMPAC 2022 will be led by Commander, U.S. 3rd Fleet, who will serve as Combined Task Force (CTF) commander. Royal Canadian Navy Rear Adm. Christopher Robinson will serve as deputy commander of the CTF, Japan Maritime Self-Defense Force Rear Adm. Toshiyuki Hirata as the vice commander, and Fleet Marine Force will be led by U.S. Marine Corps Brig. Gen. Joseph Clearfield. Other key leaders of the multinational force will include Commodore Paul O’Grady of the Royal Australian Navy, who will command the maritime component, and Brig. Gen. Mark Goulden of the Royal Canadian Air Force, who will command the air component.

During RIMPAC, a network of capable, adaptive partners train and operate together in order to strengthen their collective forces and promote a free and open Indo-Pacific. RIMPAC 2022 contributes to the increased interoperability, resiliency and agility needed by the Joint and Combined Force to deter and defeat aggression by major powers across all domains and levels of conflict.